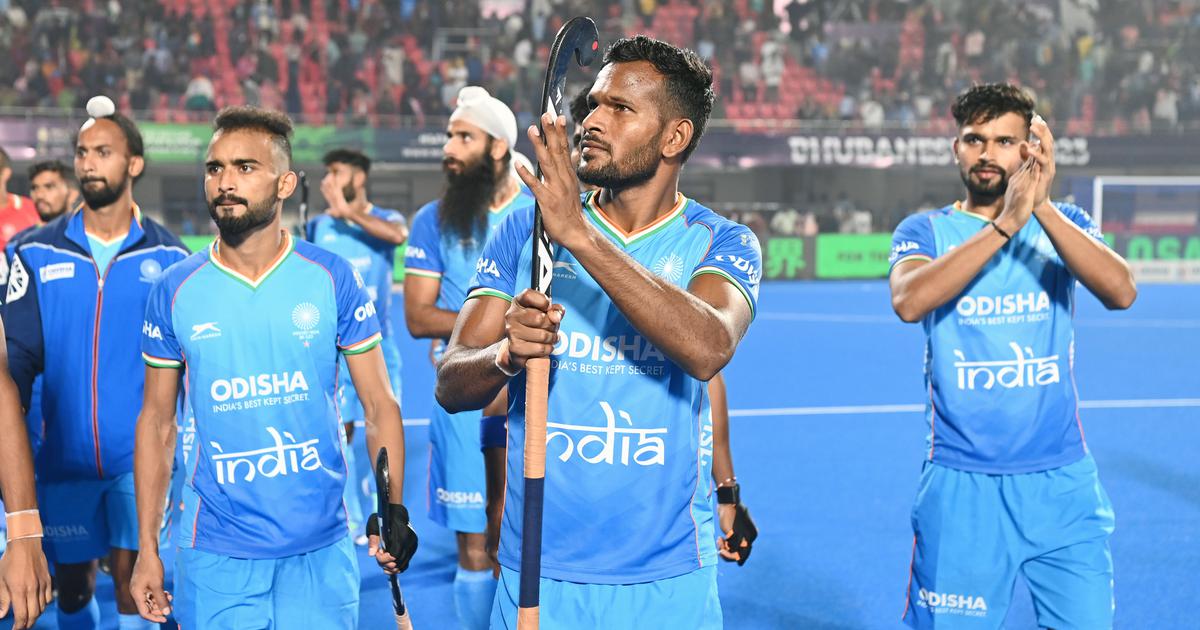 Bhubaneswar: India captain Harmanpreet Singh on Thursday admitted that they were below par and could have done much better as the home team defeated a lowly Wales 4-2 to fail to top its pool and qualify directly for the quarterfinals of the FIH Men’s World Cup here.

India can still qualify for the quarterfinals if they beat New Zealand in their crossover match here on Sunday.

“We are not satisfied with this win. This was not our best performance and we could have done better,” Harmanpreet said at the post-match press conference.

Needing to win by a margin of eight goals to directly qualify for the quarterfinals, India failed to live up to the expectations as they finished second in Pool D behind England.

Both India and England ended their group engagements on seven points each after winning two matches and drawing one but the European side topped Pool D on the basis of superior goal difference.

England, who had outclassed Spain 4-0 in the earlier Pool D match here, have a better goal difference of plus nine as against India’s four.

When two teams are on same points and won equal number of matches, the ranking is decided by goal difference.

“We created chances but somehow we could not score too many goals. We hope to do better against New Zealand,” the captain, who scored his first goal from a penalty corner, added.

Head coach Graham Reid rued the lack of finishing by the forwards, which continued from their drawn match against England on January 15.

“We played well in patches and Wales defended well. They (Wales) are a good team and if you give chances to them, they will score. England had also made our job tougher,” Reid said, as England’s 4-0 win over Spain put India under pressure.

“I thought we still made a lot of chances but the finishing was still lacking which was the most disappointing part. Wales defended well. There is no easy way to gold medal in this World Cup and every team is different. There were positives we can take from today’s match.” The Australian said New Zealand will not be easy opponents in the crossover match as India had found out in the two FIH Pro League matches here last year.

“The first match (of Pro League) was a tough one while the second one was a bit easier. New Zealand will not be easy opponents,” Reid said.

India had beaten New Zealand 4-3 in the first match and 7-4 in the reverse game of the Pro League on October 28 and November 4 last year respectively.

On Hardik Singh, who missed Thursday’s match due to a hamstring injury, Reid said, “We will take a decision on January 21 whether he will stay or not. He is improving day by day so fingers crossed.

“But having a player less today was not the issue, we played with 16 players in Tokyo Olympics.”