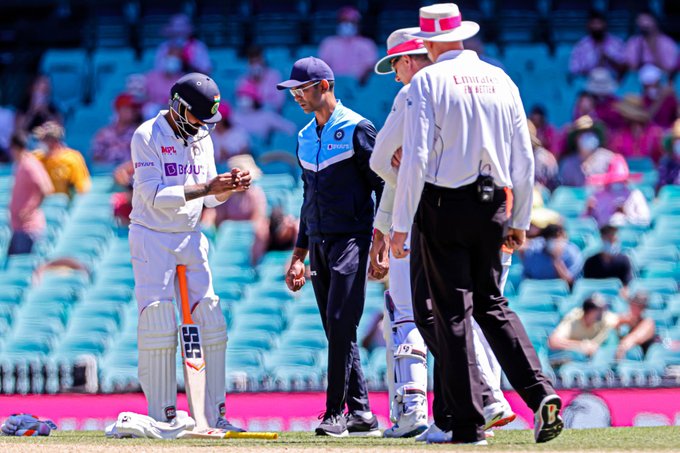 New Delhi: Left-handed all-rounder Ravindra Jadeja has been ruled out of the fourth and final Test of the Border-Gavaskar Trophy with a dislocated thumb, the Indian cricket board announced late on Monday evening. The match begins on Friday in Brisbane.

“Jadeja suffered a blow to his left thumb while batting on Day 3 of the third Border-Gavaskar Test that concluded on Monday [in Sydney]. He later went for scans and the results have shown that he has dislocated his thumb,” said a statement from the Board of Control for Cricket in India (BCCI).

“Jadeja will not be available for the fourth and final Test against Australia to be held in Brisbane from January 15-19 at the Gabba,” it said.

Jadeja captured four wickets in Australia’s first innings and scored 28 not out. He did not bowl in the second innings and was not required to bat a second time around as the third Test ended in a draw. He was, however, seen sitting in the Indian dressing room with batting pads on on Monday, an indication that he would have batted if required.

“The all-rounder will now consult a hand specialist in Sydney before he returns to India. He will then head to the National Cricket Academy in Bengaluru for further management of his injury,” said the BCCI.

The four-Test series is locked at 1-1 after three matches.

Ind vs Aus, 4th Test: Pant could play as batsman, Saha may return as keeper