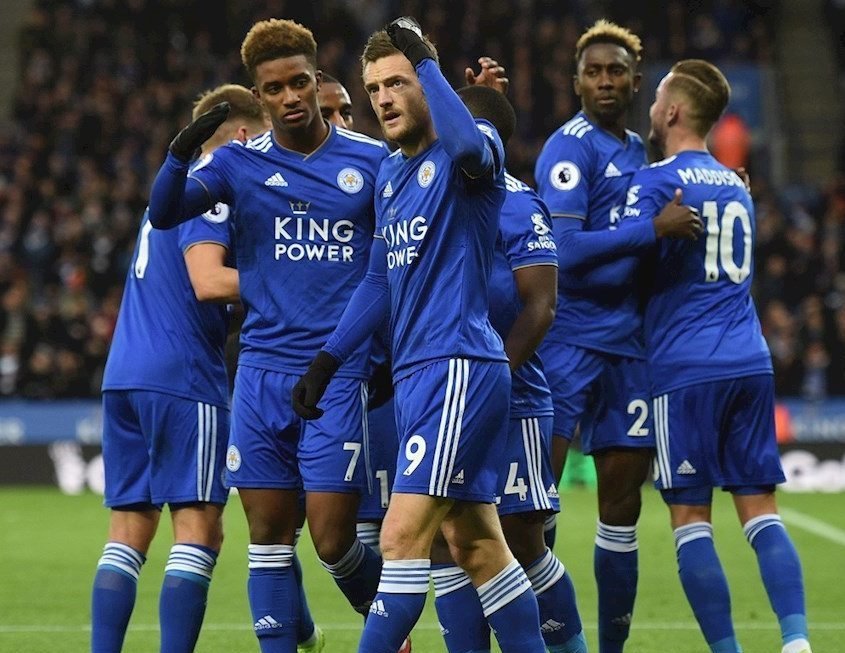 London: Youri Tielemans scored a wonder goal and the video assistant referee (VAR) then came to the rescue as Leicester City beat Chelsea 1-0 to win the first FA Cup title in their 137-year club history.

Tielemans fired into the top left corner from some 25 metres in the 63rd minute in front of a crowd of around 21,000 fans, allowed into the famed arena as coronavirus restrictions are being eased in England, DPA reports.

But victory was not theirs until an 89th-minute equalizer from Chelsea was nullified by VAR because Ben Chilwell was deemed offside by the smallest of margins in the build-up.

It was Leicester’s first FA Cup trophy after four lost finals in the past, the last one 52 years ago in 1969, and their second major title after a sensational Premier League success in 2016. They also have three League Cup crowns.

Captain Kasper Schmeichel also made key saves for the team of manager Brendan Rodgers late in the game before received the trophy out of the hands of Britain’s Prince William, the FA president.

“So happy I can’t begin to describe it. What a day. Indescribable. It is what dreams are made of. I have dreamt of this since I was a child,” Schmeichel told the BBC.

“We have talked about wanting to win trophies, and the performance today with the grit and the determination – I am so proud of everybody.”

Chelsea were not as strong as in the past weeks under their new manager Thomas Tuchel who had won the German Cup 2017 with Borussia Dortmund and the French Cup last year with Paris Saint-Germain.

The Blues eliminated Premier League champions Manchester City in the semi-finals but fell short of a ninth FA Cup title in their 15th final.

Chances were sparse in a rainy first half with Chelsea’s Mason Mount and Timo Werner aiming wide, and Cesar Azpilicueta unable to meet Thiago Silva’s cross from point-blank range after Werner had also gone for the ball.

Leicester gained more possession as the sun came out after the break, and the goal then came in the 63rd when Chelsea lost the ball in their half and Luke Thomas set up the Belgian midfielder Tielemans for the sensational strike high into the net past Kepa Arrizabalaga.

Tuchel brought more attacking power plus Chilwell which set up a frantic finale.

Chilwell’s 78th-minute header was kept out by Schmeichel with a little help from the left post, and the Danish keeper made another sensational save against Mount’s fierce volley in the 87th.

It all seemed to no avail when Chilwell beat him for a long punt and the ball deflected into the net but Chelsea’s wild celebrations turned into agony when the goal was disallowed – and it was Leicester and their fans who celebrated wildly a few minutes on.

“The performance today, the grit and determination, I’m so proud of everybody, everybody contributed to get to the final everyone has played and been sensational,” Schmeichel said.

The two sides meet again on Tuesday in a crucial Premier League date at Stamford Bridge where the loser could miss out on a place in the next Champions League.

Chelsea have another chance for silverware when they meet City again in the Champions League final in a fortnight on May 29 in Porto.