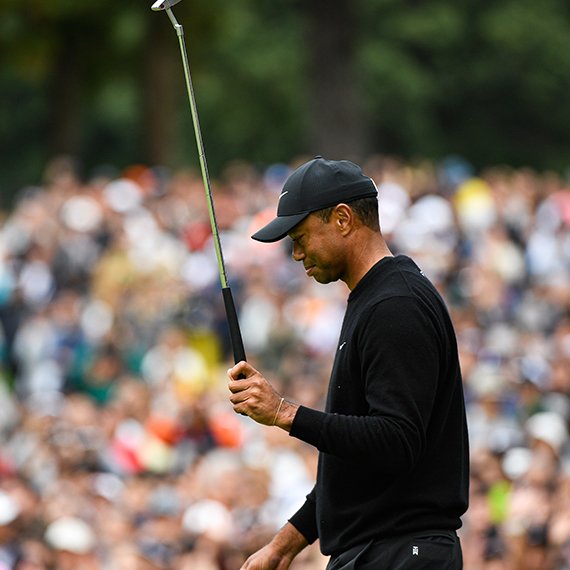 The 15-time major winner lit up the back nine in five-under 31 to take control on an empty Narashino Country Club course, closed to spectators for safety reasons after soaking up more than six inches (150mm) of rain during Friday’s washout.

Woods bounced back from bogeying his opening three holes to shoot a mesmerising 64 in Thursday’s first round, but he started steadily on Saturday and was one-under at the turn before switching on the afterburners.

Three birdies in four holes from the 10th took him alongside clubhouse leader Woodland at 10-under.

Woods kept his foot down. The US Masters champion smoked a massive drive down the long par-four 17th and his pinpoint approach from 154 yards left him a simple two-footer to take the solo lead.

He saw a 20-foot eagle putt slip by at the par-five 18th but tapped in for his seventh birdie and a two-round 12-under par total of 128.

US Open champion Woodland admitted he had to dig deep to be in the final group for Sunday’s third round alongside Woods.

“All in all, I’m happy to not have my best stuff and shoot four-under.

Friday’s postponed round finally began at 10am Saturday on a weather-ravaged course but under clear blue skies and bright sunshine helping to dry the turf.