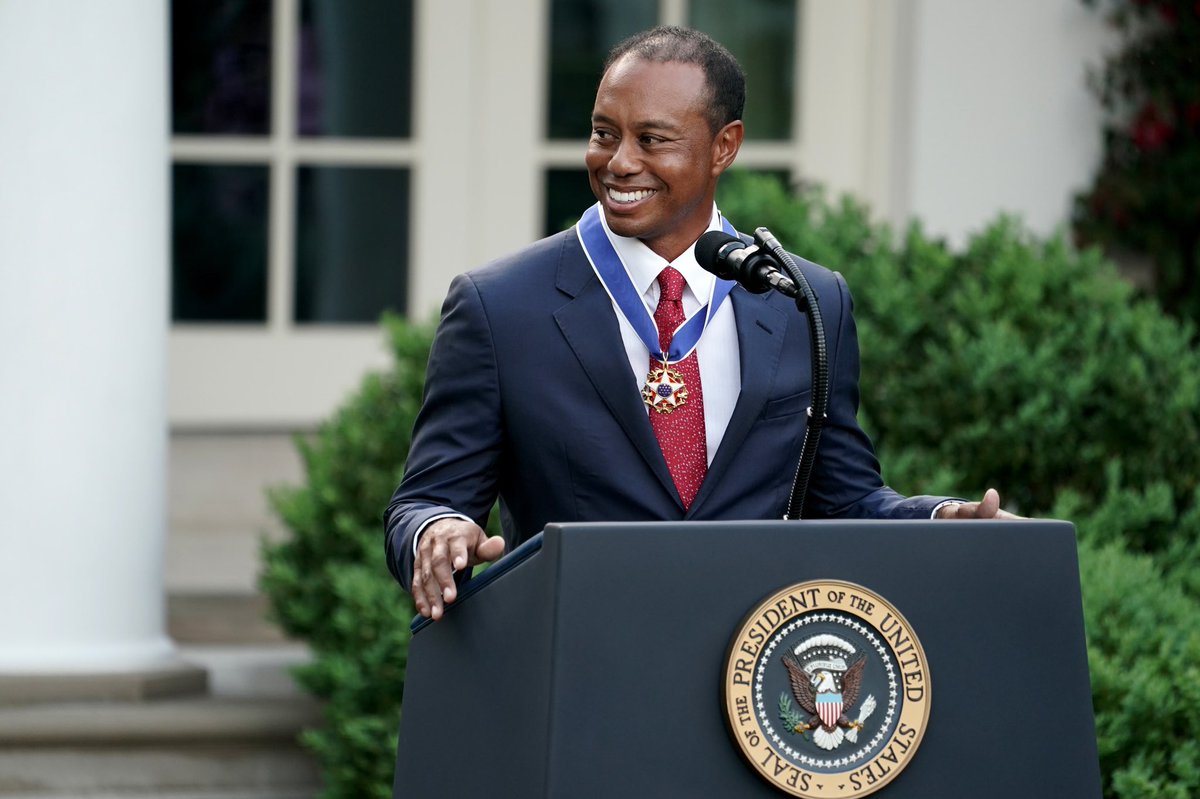 Washington: US President Donald Trump conferred the Presidential Medal of Freedom on ace golfer Tiger Woods in a ceremony in the Rose Garden of the White House.

“Your spectacular achievements on the golf course, your triumph over physical adversity and your relentless will to win, win, win – these qualities embody the American spirit,” Trump said on Monday evening as he bestowed the nation’s highest civilian honour on Woods, 43.

The California native is number two in the number of major tournament victories.

The distinction comes after Woods won his fifth Masters Tournament, marking a return to form after 10 years marred by scandal, a succession of injuries and addiction to pain-killers.

“This has been an unbelievable experience and… everyone here has seen and been with me for them, some of you for my entire life, and some of you for more than half my life,” Woods said to a group that included many members of his family.

“You’ve seen the good and the bad, the highs and the lows and I would not be in this position without your help,” he said.

.@TigerWoods becomes the fourth golfer in history to receive the Presidential Medal of Freedom. pic.twitter.com/NoQCXKphCX

The original executive order that created the award, issued by John F. Kennedy in 1963, says the Presidential Medal of Freedom is meant for people who have made “an especially meritorious contribution to the security or national interests of the United States, world peace, cultural or other significant public or private endeavours”.

Trump, himself a golf enthusiast, has long been friendly with Woods, who is designing a golf course for a club in Dubai that is managed by the Trump Organisation.

There is a villa named for Woods at Trump’s golf club in Doral, Florida.

“He’s also a great person. He’s a great guy,” the president said after conferring he medal on Woods.

Last month, Trump signaled his intention to give Woods the award following the Masters triumph.

It’s an incredible privilege to be awarded the Presidential Medal of Freedom. Considering the recipients, history, and what this means to me and my family, it’s also very humbling. Thank you all for your support and I hope this inspires others to never give up on their dreams. pic.twitter.com/33CJIHwQvz