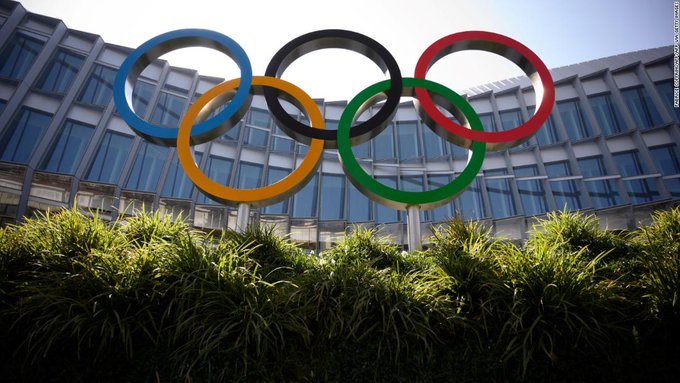 Tokyo: The International Olympic Committee has set a limit of six officials to be allowed to participate in the Parade of Nations at the opening ceremony of the postponed Tokyo Olympic Games, IOC’s Tokyo Olympic Games Coordination Commission chairman John Coates has said.

Coates, who attended a project review with the Tokyo 2020 organisers and the IPC on Wednesday, said that athletes’ number at the opening ceremony will not be cut, reports Xinhua news agency.

“We don’t want to change the tradition that all athletes have the opportunity to parade at the opening ceremony,” Coates told reporters at a press conference.

The athletes’ places are usually filled by officials from their national Olympic committees if they choose to focus on their preparation for their competitions, but next year this will not happen.

“The IOC Executive Board has already discussed this and we won’t allow it this time,” Coates said. “This will increase the problem at the ceremony.”

“We want to see the athletes from all 206 delegations and the refugee team in the opening ceremony … The number of officials is limited to six.”

Tokyo 2020 president Yoshiro Mori is pessimistic about the possibility of seeing all participating athletes march into the Olympic Stadium, although he admitted that the parade in the opening ceremony is their “prerogative” and “no one can deprive them of their right”.

“We have to have a secure and safe games,” he said, adding that people need to make some “sacrifice”.

Mori said that it is still too early to make decisions because it might be not a problem to worry about.

“Maybe we should ask the opinions of the athletes,” Mori said. “Are they really eager to participate in the parade? Maybe they want to win the gold medals. Athletes may have different ideals. We should know their true feeling.”

Coates believed that a sophisticated and rapid testing method will solve all the problems.

Coates said that measures should be taken to avoid an “overpopulated” Olympic village and suggested that not only the athletes but also all referees should be tested.

When asked if he discourages athletes to go out of the Olympic village for sightseeing, the Australian said, “Yes.”

“The athletes will understand their responsibility, to abide by the rules, which will guarantee their safety,” he said.