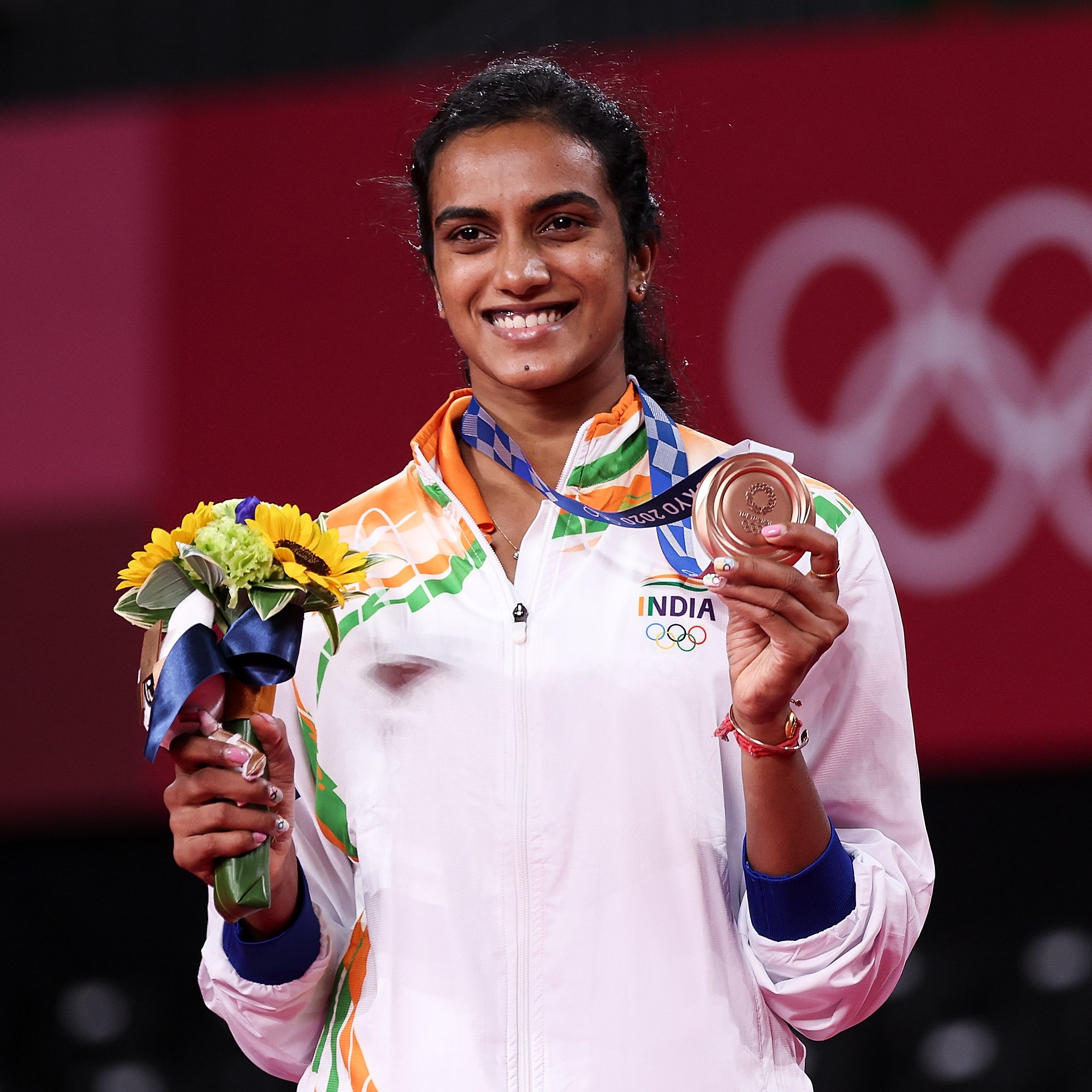 Tokyo: Shattered after going down in the Olympics women’s singles final, world number one badminton player Tai Tzu Ying has revealed that Indian ace P V Sindhu’s words of encouragement after the medal ceremony left her in tears.

Competing in her third Olympics, Tai Tzu finally stood atop the podium, finishing with a silver medal after going down to Chen Yu Fei of China 18-21 21-19 18-21 in the final on Sunday.

Five years ago at the Rio Olympics, Sindhu had emerged second best as she went down to Carolina Marin of Spain in a hard-fought three-game loss and the Indian knew exactly how the world no.1 shuttler was feeling.

“After the match, I was satisfied with my performance. Later Sindhu ran over and hugged me, held my face, and told me: I know you’re uncomfortable and you’ve been very good, but today isn’t your day. Then she held me in her arms and said she knows all about it,” Tai Tzu wrote on her Instagram account.

“That sincere encouragement, made me cry. I was really sad because I tried really hard. Thank you again for your support and encouragement. Thank you all for walking with me till now,” she added.

On Saturday, Tai Tzu had defeated Sindhu, the Rio Olympic silver-medallist and the reigning world champion, 21-18 21-12 in the semifinals, ending the Indian’s hopes of securing the country’s first-ever gold medal in badminton.

Sindhu later won the bronze medal play off against world no.9 He Bing Jiao of China to become the first Indian woman to win two medals at the Games.

The 27-year-old Tai Tzu penned down an emotional note, thanking everyone who has supported her.

“The third time I stepped on the stage of this dream, I finally made it to the finals, but I couldn’t stand on the highest podium. There is always a little regret, but imperfection always exist, only to be motivated to pursue better results.”

“Maybe I won’t have another chance to participate in the Olympics, but I’ve achieved this goal, just not so perfect.

“I just want to tell myself: Dai Ji-hing, you’re great! Thank you to all of you who have supported me, the results are always brutal and only acceptable but I try my best.”