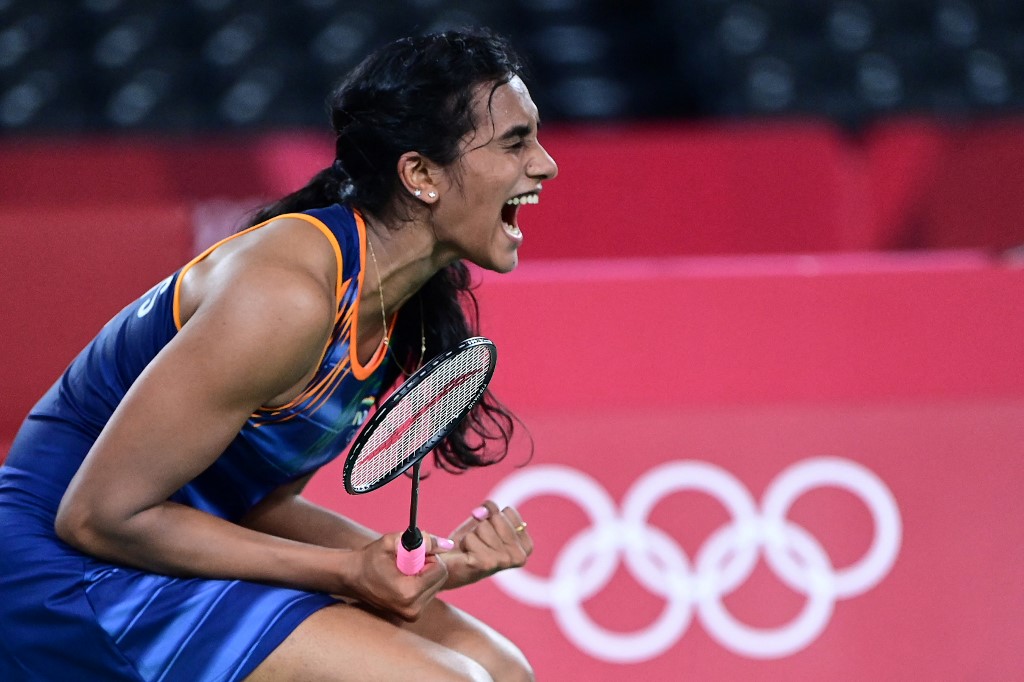 Tokyo: Reigning world champion P V Sindhu‘s hopes of securing India’s first ever Olympic gold in badminton came crashing down as she slumped to a straight-game defeat against world no.1 Tai Tzu Ying of Chinese Taipei in the women’s singles semifinals here on Saturday.

The 26-year-old silver-medallist from the Rio Games, however, remained in the hunt for a bronze and will be competing against China’s He Bing Jiao in the third place play-off at Musashino Forest Plaza on Sunday.

One of the most consistent players, who has claimed medals in all big-ticket events in the last five years, Sindhu couldn’t counter Tai Tzu’s deception with her aggressive game, going down 18-21 12-21 here.

“I’m a bit sad because it’s the semifinals, but I tried my best, it’s just not my day. I fought until the end,” said Sindhu after the match.

“In the second game I gave away a huge lead but still I was fighting back because you never know, it can change at any moment. It’s the Olympics, you have to fight until the last point and I have done that.

“I was prepared for her skills, so I don’t think that troubled me a lot. At the end of the day the level of the semifinals is going to be really high – you can’t expect easy points. I just couldn’t be on the winning side.”

This is Sindhu’s 14th loss to the Taiwanese second seed in 19 meetings, having also lost to her in the last three face-offs.

On her bronze medal match, Sindhu said: “It’s going to be a bit sad. I need to go back and relax and prepare for tomorrow because it is not over yet. I still have a chance.

“…I hope I can give my best. It just wasn’t my day (today), but I’m going to try it again tomorrow.”

There is very little margin of error against a player of the calibre of Tai Tzu, who has been the most consistent shuttler in the last five years and is known for her deceptive strokes and immaculate footwork.

Sindhu seemed a tad sluggish in her movement and couldn’t find her flow.

The Taiwanese second seed targeted her opponent’s body and cramped Sindhu with her sharp returns from near the net.

The two played some exquisite rallies with Sindhu equalling her opponent and also unleashing a few smashes, one of which forced Tai Tzu to go for a full-stretched dive as she made it 4-2.

Sindhu was up 7-3 with Tai Tzu committing a few unforced errors and entered the interval with a healthy 11-8 lead.

Tai Tzu, however, quickly erased the deficit after the break.

She started putting doubts in her opponent’s mind with her deceptive strokeplay.

Sindhu kept retrieving everything thrown at her and gathered points whenever she had the chance to attack.

The duo moved neck and neck from 11-11 to 18-18 before Tai Tzu unleashed a drop and then pushed one away from Sindhu’s reach to lead for the first time.

Brimming with confidence, Tai Tzu used her angled returns to telling effect in the second game.

Sindhu tried to play her attacking strokes but her cross court smashes, attacking tosses and angled returns — all ended up going wide and long as the Taiwanese made it 11-7 at the break.

The world no.1 dished out some delightful strokes, including a cross court smash on Sindhu’s backhand, an overhead straight smash, a loopy precise toss at the backline, to march ahead as Sindhu ran out of ideas.

She eventually sealed her place in the Olympic final with a flick serve and a cross court return to Sindhu’s backhand.

On Friday, Sindhu, seeded sixth, had beaten Japanese world no.5 Akane Yamaguchi in the quarterfinals.

Earlier, men’s singles player B Sai Praneeth and the men’s doubles pair of Chirag Shetty and Satwiksairaj Rankireddy had failed to qualify for the knockout stage.