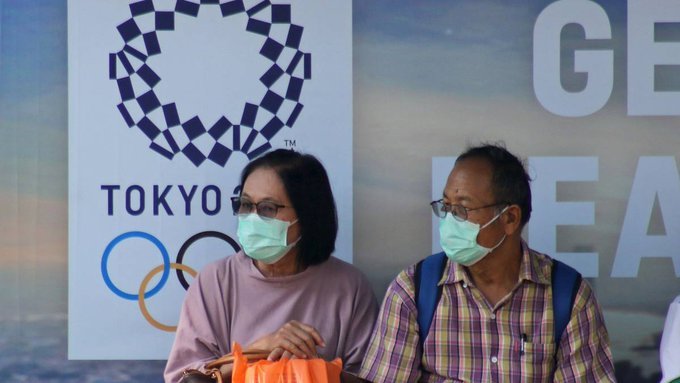 Tokyo: Japan’s medical establishment is becoming increasingly anxious about bringing together 78,000 people from 200 countries for the Tokyo Olympics and Paralympics, even as the country struggles to keep coronavirus infections under control and speed up vaccinations.

Organizers had initially planned to have about 10,000 doctors, nurses and medical staff on standby for the games, scheduled to start in less than two months, but have had to cut that number down to about 7,000 because they’ll be needed to handle ongoing outbreaks.

Although Japan has seen one of the lowest infection rates among rich industrialized nations, it has been trying to bring under control a rise in infections since late last year. The third state of emergency was expanded and extended in Tokyo and other big cities, with limited results. Speculation over the possible cancellation of the games intensified last week after the U.S. warned Americans not to travel to Japan.

“We have strong reservations about hosting the Olympics at the expense of the lives and health of patients and nurses,” said Susumu Morita, secretary-general of the Japan Federation of Medical Worker’s Unions, which represents about 170,000 nurses and medical staff across the country.

Although foreign spectators were barred from the games in an effort to mitigate the risk of spreading infections, there hasn’t been a final decision yet on whether domestic fans will be banned or see their numbers cut. That lack of clarity is also making it difficult to gauge whether there will be enough medical staff to cope with any emergencies from July 23 to Aug. 8, when the games are scheduled to take place.

“It will be difficult to decide on the maximum spectator limit without monitoring the situation,” Seiko Hashimoto, president of the organizing committee, said at a briefing Friday.

All of this, in turn, has fueled mounting public opposition to the Olympics, which were delayed last year during the peak of the pandemic. Opinion polls consistently show a majority against holding the games. Japan’s business leaders, including SoftBank Group Corp.’s billionaire founder Masayoshi Son, have called for the event to be canceled. Japan’s influential Asahi newspaper, an official sponsor of the Tokyo Olympics, urged Prime Minister Yoshihide Suga in an editorial on May 26 to call off the world’s biggest sporting competition.

Asked almost daily on the safety of holding the tournament, Suga often repeats this mantra: “We are working to make sure that the games will be safe and secure by taking all possible measures to prevent infections among athletes and related parties.”

The final decision on whether to hold the games is up to the International Olympic Committee, which has pushed back on reports that they are considering a cancellation.

“There are countries which are still struggling to contain the pandemic and it’s extremely risky that people from such countries are entering Japan,” said Satoru Arai, director of the Tokyo Medical Association. “Hospital capacity will be compromised if we send staff to the Olympics.”

Even so, Arai said his association is sending about 40 doctors and nurses to the games. That’s about all the group can spare, he said, in order to deal with coronavirus patients and also assist in vaccination efforts. Daily new infections in Tokyo should be less than 100 at least a month before the games start in order to safely hold the Olympics, he said; the average daily count in May was about 740.

On average, the Tokyo Olympics will need as many as 230 doctors and 310 nurses on standby every day, Hashimoto said earlier this month. Only about 80% of that number has been secured so far, she added.

Japan will offer vaccines to its athletes from June 1, well ahead of the general population. Thomas Bach, president of the IOC, has estimated that about 80% of the people coming to Japan will have already been inoculated. The main remaining variables will be the state of infections in Japan in July and a final decision on spectators, which is due in June.

“You can’t stand idly by while tens of thousands of people will come to Tokyo from 200 countries,” Naoto Ueyama, chairman of 130-member Japan Doctors Union, said at a news briefing. “The two most important things are to accelerate vaccinations and not hold an event with large numbers of people.”

Adding to COVID-19 and the usual bevy of respiratory diseases that appear during large sporting events is Japan’s hot summer, according to Hiroshi Okudera, a doctor who was in charge of medical operations at the 1998 Nagano Winter Olympics. Mask-wearing when temperatures are close to 40 degrees Celsius (104 degrees Fahrenheit) with humidity levels above 90% could cause many to suffer from heat exhaustion or heatstroke.

“What we can do now is try our best to contain infections,” Okudera said, adding that there’s a chance that infection numbers will fall in the coming weeks. “The Olympics is a very powerful and influential event — we shouldn’t rule out the possibility of holding the games outright.”

Simone Biles and who? Olympic picture cloudy at US Championships