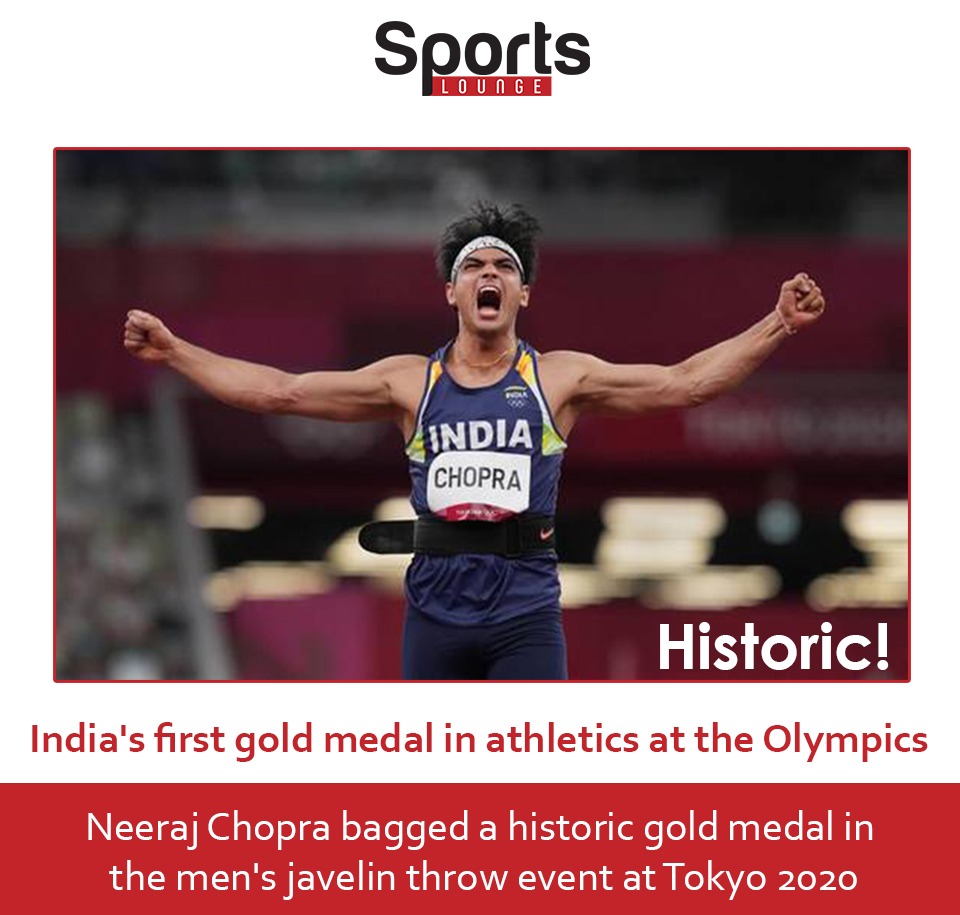 Tokyo: Neeraj Chopra on Saturday made history by becoming the first Indian to win gold medal in athletics at Olympic Games when he clinched first position at Tokyo 2020 with a throw of 87.58 metres in javelin competition.

Neeraj had thrown 87.03, 87.58 and 76.79 in his first three attempts. He fouled in his fourth and fifth tries. With the gold medal already confirmed, Neeraj did not throw in his sixth attempt.

The Czech Republic duo of Jakub Vadlejch and Vitezslav Vesely came second and third. The pre-final favourite Germany’s Johannes V was failed to make it to the top eight and was knocked out early.

A pre-tournament medal contender, the 23-year-old Chopra fuelled the country’s expectations by topping the qualification round with a stunning first round throw of 86.59m.

Chopra had reiterated that the build-up to the Olympics was difficult due to the COVID-19 pandemic.

“Last year was very difficult, because we were ready for the Olympics, and due to coronavirus everything was closed. We felt a little sad, but after we started training regularly. We need to train every day, so it was difficult,” he had said.

“But when Japan said they could do the Olympics, we prepared our mind and trained very hard,” he added. It paid off and how!

Chopra is the reigning Asian Games and Commonwealth Games champion too.

Three track and field athletes were part of the five-member Indian team at the 1920 Olympics in Antwerp, Belgium — the other two being wrestlers. Since then, no Indian has won a medal in athletics.

The International Olympic Committee still credits Norman Pritchard’s 200m and 200m hurdles silver medals in the 1900 Paris Olympics to India though research, including the records of the then IAAF (now World Athletics), showed that he had competed for Great Britain.

A farmer’s son from Khandra village near Panipat in Haryana who took up athletics to shed flab, Chopra has now scripted history by winning the elusive medal, which the likes of Milkha Singh and PT Usha let slip from their grasp in the 1960 and 1984 Olympics.’

It is India’s second individual gold medal after Abhinav Bindra finished on top in 10-metre air rifle event at the 2008 Beijing Olympics,

India has also won eight gold medals at the Olympics in hockey.

Wins, losses and a whole lot of improve: How Tokyo Olympics has been the most off-script Games