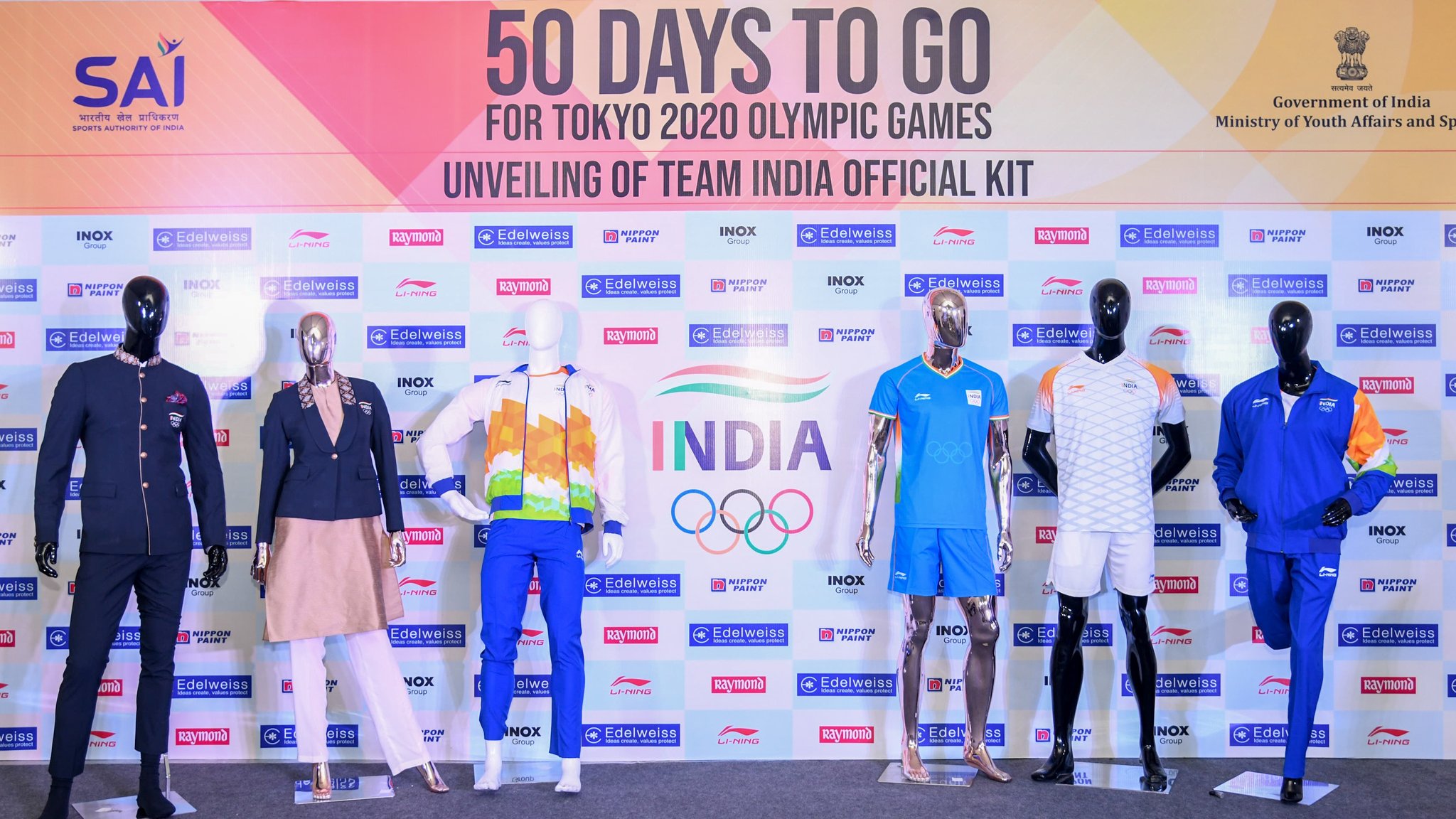 New Delhi: A newly designed playing and ceremonial kit for the Tokyo Olympic Games bound Indian contingent was unveiled in the presence of six prominent athletes here on Thursday, marking 50 days for the world’s biggest sports extravaganza to begin in Tokyo.

Blue, white, orange, and green are the prominent colours on the T-shirts, shorts, and track suits. The tracksuit is predominantly blue, with the right sleeve of its upper having the three colours of the Indian national flag – saffron, white, and green – shoulder downwards. Each athlete would receive four sets of playing kit.

IOA secretary general Rajiv Mehta tried to justify the limited invitation to athletes, saying that it wasn’t possible to have a bigger gathering due to a lockdown in Delhi.

Indian athletes have qualified in more than 10 disciplines, including archery, athletics, boxing, shooting, and wrestling, for the Olympics scheduled to start on July 23.

“Prime Minister Narendra Modi held a review meeting on Thursday regarding the preparation of the Indian athletes for the Tokyo Olympic Games, and said the nation should cheer up the athletes,” sports minister Kiren Rijiju, who was present at the function, told the officials.