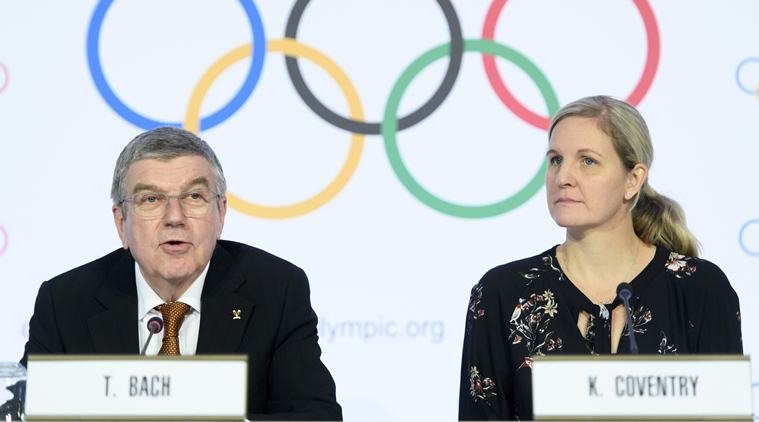 Tokyo: International Olympic Committee (IOC) President Thomas Bach believes that the postponed Tokyo Olympic Games can be held safely and, in all likelihood, with some kind of crowd inside the venues next year.

Bach, who is on his first visit to Japan since the Covid-19 pandemic broke, on Monday said the nation had shown they can organise sporting events in a safe environment through recent competitions, which has given him the belief that the Games will go on with spectators present.

“We are looking for a reasonable number of spectators at the time of the Games”, tokyo2020.org quoted Bach as saying at a press conference following the first day of the Games’ Project Review.

“You can organise safe sports events. We have seen in the professional leagues, particularly in baseball, games already under the restrictions now with spectators that have been very successful. Of course everybody in the Olympic Games would like a full house, a full-capacity stadium. But the top priority of the IOC and of the organising committee has always been, and remains, to offer a safe environment – also for spectators,” he added.

Bach also said that if a vaccine becomes available in time for the July 23-August 8 Games in 2021, the IOC would foot the bill.

Earlier in the day, Bach met with both Prime Minister SUGA Yoshihide and Tokyo Governor Koike Yuriko, saying the IOC was “fully aligned” with them on how the Games should be run.

Prime Minister Suga assured Bach: “Our determination is to realise successful and secure Tokyo Games next summer as proof that humanity has defeated the virus.”

Bach added: “We share the great commitment of the Prime Minister that the Olympic Games Tokyo 2020 will happen next year. We are determined that safe Olympic Games will be a symbol of solidarity and unity.”

Before attending the Project Review at the headquarters of the Tokyo 2020 Organising Committee, Bach was at the Japanese Olympic Museum, where he awarded the former Prime Minister, Abe Shinzo, the Olympic Order in Gold.