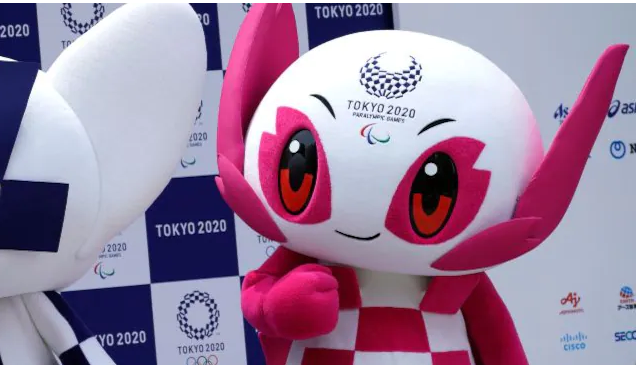 Tokyo: The Tokyo Paralympics open Tuesday after a year-long pandemic delay and with the virus continuing to cast a long shadow as Japan battle a record surge in cases.

As at the Olympics, the event will be marked by strict virus rules, with almost all spectators banned and tough restrictions on athletes and other participants.

While a swell of domestic support emerged during the Olympics after months of negative polls, there is deep concern in Japan as the Paralympics approach with the country going through a fifth virus wave.

More than 25,000 new cases were recorded on Thursday, and medics across the country have warned hospitals are at breaking point with serious cases also at record highs.

It’s a challenging environment for the most important sports event for disabled athletes, and International Paralympic Committee chief Andrew Parsons has warned participants against complacency.

Despite the backdrop, IPC officials insist the reach of the event will be “incredible.”

“Of course the fact that we will not have spectators at the venues is a challenge,” Parsons told AFP in an interview.

“But we believe we will reach more than four billion people through broadcasting.”

Local officials say the Games can be held safely, with athletes and other participants subject to the same anti-infection rules that applied to the Olympics.

Competitors can only enter the Paralympic Village shortly before their event and must leave within 48 hours of the end of their competition.

They will be tested daily and limited to moving between training venues, competition sites and the Village.

The measures are intended to prevent the Games from becoming a superspreader event — and officials say the Olympics proved the restrictions work.

There were 552 positive cases linked to the Olympics reported from 1 July until Saturday, the majority among Japan residents employed by the Games or working as contractors.

So far, 107 cases related to the Paralympics have been confirmed.

But Olympic officials say there is no evidence of infection spreading from the Games to the rest of Japan, where case numbers were already on the rise.

“The infection situation today is different to how it was before the Olympics. It has deteriorated,” said Tokyo 2020 official Hidemasa Nakamura on Friday.

“And the local medical system is also in a very tight situation.”

The virus surge has caused tensions, with some local regions and schools cancelling planned trips to Games events despite support for the programme from Tokyo Governor Yuriko Koike.

The mood among Paralympians remains buoyant though, after the uncertainties of the year-long delay.

“It’s our time to take aim at gold!” tweeted US archer Matt Stutzman, a Paralympic silver medallist who uses the handle “Armless Archer”.

Stutzman is among those likely to be appearing on the medal podium during the Games, which will see 4,400 athletes from around 160 national teams competing.

There are 22 sports, with athletes competing in different categories and classes depending on the nature of their disability. Badminton and taekwondo are appearing for the first time.

Top names include Germany’s Markus Rehm, dubbed the “Blade Jumper” for his gravity-defying feats in long jump, which have earned him three gold medals and a bronze.

He has pushed to be included in the Olympics, but so far without success over concerns that his prosthetic blade gives him an advantage.

Other household names include Tatyana McFadden, the American wheelchair racer who will be competing in her fifth summer Paralympics.

She also appeared at the Sochi Winter Games, where she won a silver medal in the country where she was born, as her adoptive US mother and Russian birth mother cheered her on.

Japan will be hoping they can repeat the gold rush that saw them bring home a record 58 gold Olympic medals.

Among their top medal hopes is Shingo Kuneida, the reigning World No 1 wheelchair men’s single champion and considered one of the greatest figures in the sport.

Sports teaches us to be together: Chopra trashes javelin controversy