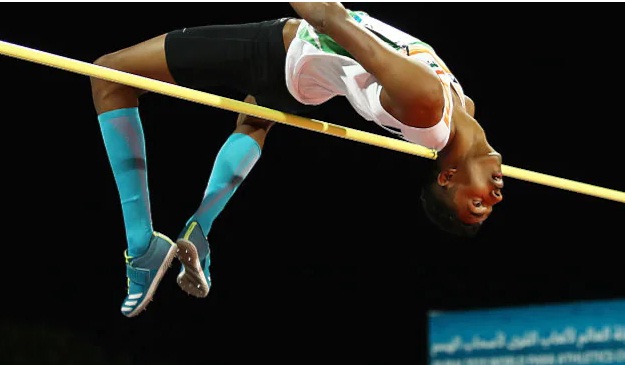 Tokyo: High jumper Nishad Kumar clinched a silver medal with an Asian record as India began collecting what is expected to be an unprecedented haul of athletics medals in the Paralympics on Sunday.

The 21-year-old Nishad, who is a farmer’s son in Himachal Pradesh’s Amb town, cleared 2.06m to win the silver in T47 class before 41-year-old BSF man Vinod, whose father fought in the 1971 Indo-Pakistan war, produced a best throw of 19.91m to clinch a bronze in F52 event. However, Vinod’s medal was being reviewed.

The two athletics medals came after Bhavinaben Patel gave India its first medal in the Games by grabbing a silver in the women’s singles table tennis class 4 event.

The 24-member Indian athletics team is hoping for a rich haul of medals — at least 10 — and the double success on Sunday gave the country enough reasons to smile on the National Sports Day.

Nishad, whose right hand got cut by a grass-cutting machine at his family’s farm when he was an eight-year-old boy, cleared the same height of 2.06m with American Dallas Wise who was also awarded a silver.

Another American, Roderick Townsend, won the gold with a world record jump of 2.15m.

The second Indian in the fray, Ram Pal, finished fifth with a best jump of 1.94m.

T47 class is meant for athletes with a unilateral upper limb impairment resulting in some loss of function at the shoulder, elbow and wrist.

Nishad had also contracted COVID-19 earlier this year while training at the SAI Centre in Bengaluru.

“Absolutely delighted that Nishad Kumar wins the silver medal in Men’s High Jump T47. He is a remarkable athlete with outstanding skills and tenacity. Congratulations to him,” tweeted Prime Minister Narendra Modi.

Nishad had won a gold medal in the men’s high jump T46/47 event at the Fazza World Para Athletics Grand Prix in Dubai earlier this year. He began competing in para athletics in 2009.