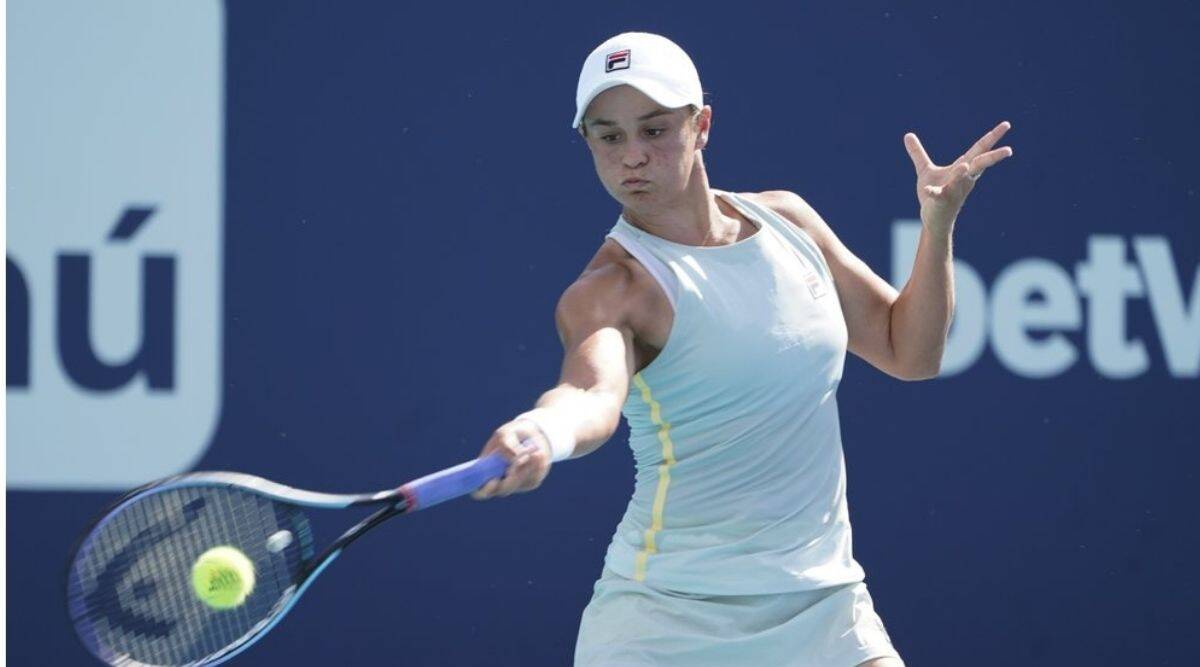 New Delhi: Because of cancelled flights, it took Ash Barty 45 hours to travel from her native Australia to Florida for a tennis tournament.

Her stay at the Miami Open will be longer than that, thanks only to an improbable comeback Thursday.

The top-ranked Barty rallied from a big third-set deficit and overcame a match point to win her opening match against qualifier Kristina Kucova, 6-3, 4-6, 7-5.

“Matches like that are extremely fulfilling, knowing you’ve done the work over an extended period to get just over the edge,” Barty said. “That was a really tough one today, and I enjoyed every single second of it.”

Barty, who won the most recent Miami Open title in 2019, trailed 5-2 in the final set. In the next game she faced a match point, which she saved by ripping a weak serve for a winner.

Barty fell behind 0-40 serving in the final game but again rallied against Kucova, a Slovak ranked 149th. Barty closed out the victory with a service winner, and then tapped her temple with her index finger, a gesture of tribute to her mental fortitude.

“We never give up,” she said, “no matter what we’re feeling.”

Playing away from Australia for the first time in more than a year, Barty won despite an unreliable forehand. She whacked 40 unforced errors on that side, but compensated somewhat with 15 aces.

Barty acknowledged that jet lag and the time difference between Miami and Australia made the match a challenge.

“You kind of forget how much it can take out of you,” she said. “But you have to accept that’s the way it is. It worked in my favor this morning — I got to watch some Aussie football back home.”

On a warm, humid afternoon, heat breaks were imposed for some matches, and players slid bags of ice under their caps during changeovers to cool off. The conditions were too much for Brit Jack Draper, who was overcome by the heat, collapsed on set point and retired against Mikhail Kukushkin trailing 7-5.

“The conditions got on top of me a little bit,” Draper said.

Wild card Ana Konjuh of Croatia upset No. 18-seeded Madison Keys in the second round, 6-4, 6-2. Konjuh’s career has been slowed by four elbow surgeries, and in the past two days she has earned her first two wins in main-draw WTA play since 2018.

No. 5 Elina Svitolina of Ukraine overcame an early deficit and a wrist injury to edge American Shelby Rogers 3-6, 7-5, 6-3.

“It was not a perfect performance from me, but the win is the win,” Svitolina said.

Kokkinakis is ranked No. 243 and mounting a comeback from a shoulder injury. He beat Roger Federer as a qualifier in Miami three years ago, and returned to the tour last month after being sidelined more than a year.

World No. 2 ranking is like an energy booster, says Medvedev