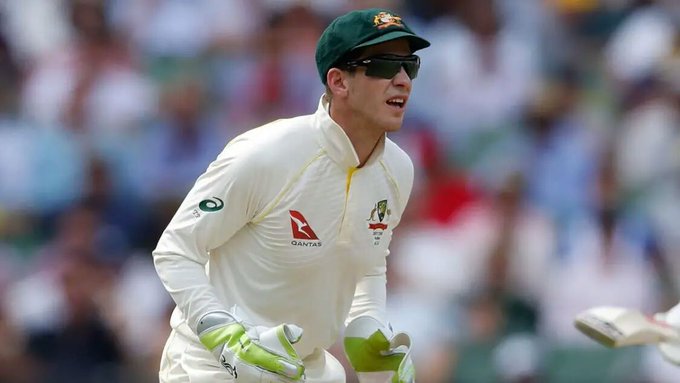 Sydney: Australia captain Tim Paine on Monday rued the missed chances as India edged out a historic draw in the third Test of the ongoing Border-Gavaskar Trophy at the Sydney Cricket Ground.

Chasing a mammoth target of 407, India reached 334/5 after batting for 131 overs, riding on gritty innings of Rishabh Pant (97), Cheteshwar Pujara (77), Ravichandran Ashwin (39*) and Hanuma Vihari (23*) before both the teams decided to shake hands on the final day of the Test match.

Starting the day having an edge over the visitors, Australia dropped many catches, including three by Paine himself as they ended taking just three wickets during the entire fifth day of the Test match.

“I thought we created enough chances to win the game. This one’s a tough one to swallow,” said Paine at the post-match presentation ceremony.

“Our bowlers were superb, Lyon bowled well. Just that we (especially me) didn’t hold onto our catches,” said Paine.

“There were a few positives for us, our bowlers created plenty of chances. Today was a whole-hearted effort from the boys, just that things didn’t go our way,” he added.

Australia had posted 338 in their first innings and then bowled out India for 244, thus attaining a 94-run lead. The hosts then declared their second innings at 312/6, setting a 407-run target.

Paine also praised youngsters Will Pucovski and Cameron Green. While Pucovski returned with scores of 62 and 10, Green played knocks of 0 and 84 in the Test match.

“We didn’t play our best in the last two games, but we were somewhat good with the bat in this Test. I think having two young kids (Pucovski and Green) playing Test cricket, it’s a great thing as they were sensational. I thought Green was fantastic yesterday,” said the Australia skipper.

Australia had registered an emphatic eight-wicket win in Adelaide during which they bowled out India for their lowest-ever Test total of 36. However, Team India made a stunning comeback in the Boxing Day Test, winning the game by eight wickets in Melbourne.

With the series tied at 1-1, the two teams will now face each other in the final Test beginning Friday at The Gabba in Brisbane.