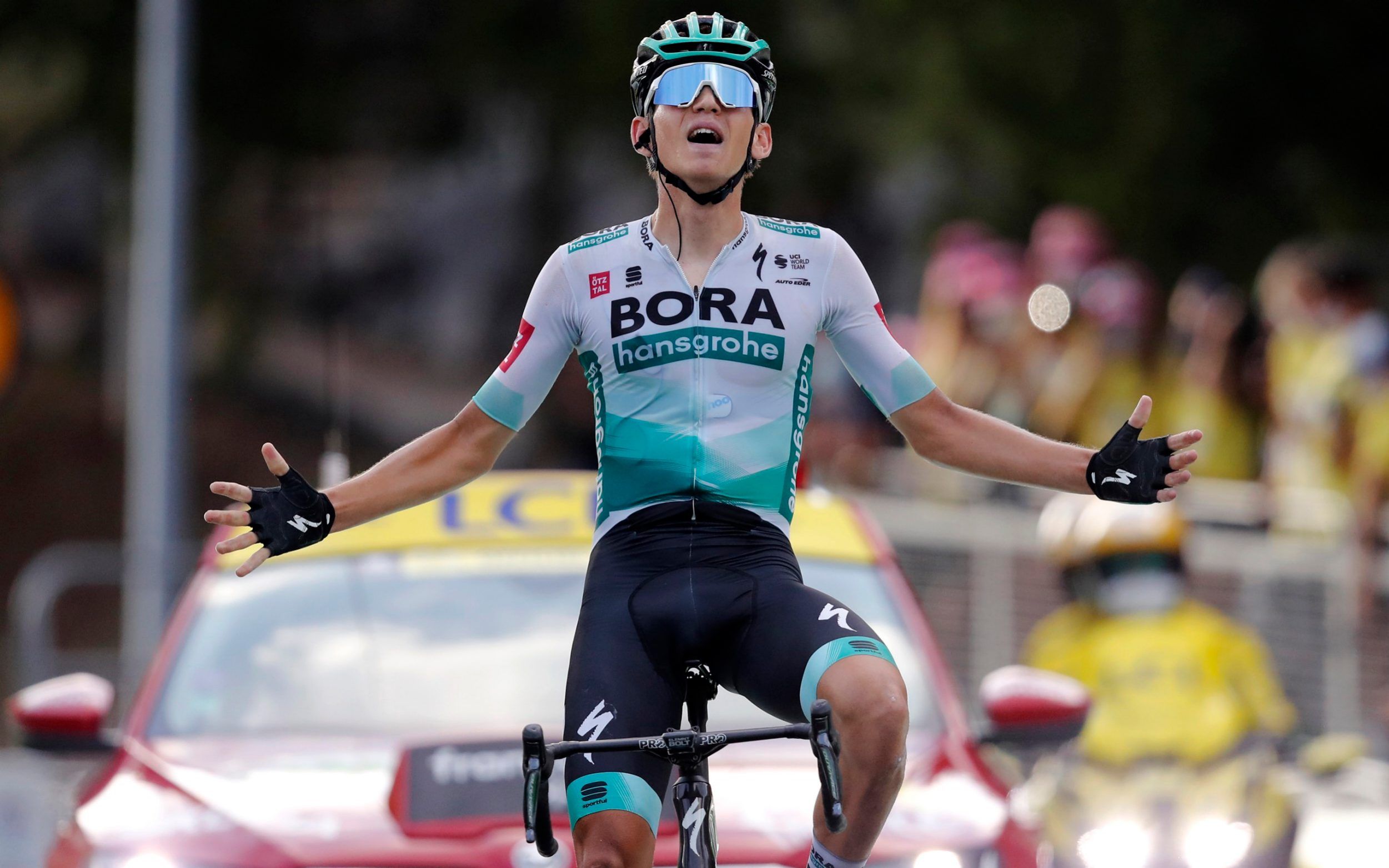 Paris: German youngster Lennard Kamna won the Stage 16 of the Tour de France after attacking over the summit of the penultimate climb to distance fellow escapee Richard Carapaz of Ecuador.

Exactly one month after his first pro win on the Criterium du Dauphine, and four days after he narrowly missed out in the Massif Central, Bora-Hansgrohe’s Kamna put in an emphatic display of power and finesse in the Vercors Massif to take a maiden Grand Tour stage win from a large group of 23 riders.

Carapaz cut a lonely figure as he crossed the line 1’27” down to take second place for Ineos Grenadiers, who also saw the Russian Pavel Sivakov take fourth place behind Switzerland’s Sebastien Reichenbach (Groupama-FDJ).

By placing three riders in the day’s break, Ineos Grenadiers displayed aggressive tactics as the British team looked to turn a page following the collapse of defending champion Egan Bernal on the Grand Colombier in Stage 15. For his part, the Colombian definitely checked out of the GC battle by coming home in a gruppetto over 10 minutes behind the yellow jersey group.

Slovenia’s Primoz Roglic (Jumbo-Visma) was called on to put out a small fire after compatriot Tadej Pogacar (UAE Team Emirates) lit up the final climb to Villard-de-Lans with an explosive attack. The group of main favourites were eventually led home by Colombia’s Miguel Angel Lopez (Astana) almost 17 minutes down on Kamna as Roglic retained his 40-second lead over Pogacar ahead of Wednesday’s queen stage in the Alps.

The 164-km stage from La Tour-du-Pin originally saw Bora-Hansgrohe work for Peter Sagan in his bid to slash his deficit on green jersey Sam Bennett of Deceuninck-Quick Step. But after the Slovakian was unable to infiltrate the day’s break, the focus shifted to the stage spoils with Italy’s Daniel Oss working hard to pave the way for Kamna.

But the 24-year-old Kamna had the measure of the current Giro d’Italia champion, dropping Carapaz near the summit of the Montee de Saint-Nizier-du-Moucherotte with 20km remaining before stretching out his lead on the descent and long drag to the foot of the final rise to the finish.

“I’m feeling great – it’s an absolutely awesome day for me,” Kamna said after the biggest win of his career. “It was from the beginning and I knew I’d have to make it to the finish alone, so when I saw that Carapaz was dropping the speed I thought ‘now is the moment to go’. It’s big for me and a relief for the team. The step I’ve made this year is so huge and I’m blessed to win today.”