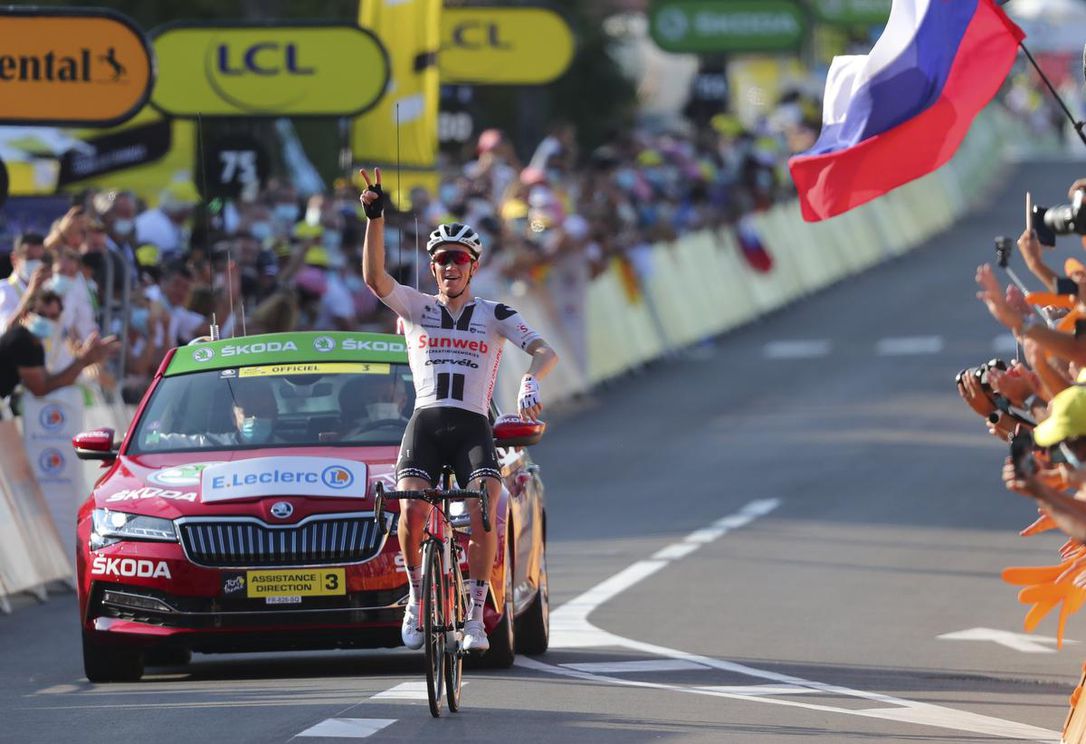 Paris: It was a double delight for Denmark’s Soren Kragh Andersen in the ongoing Tour de France after the Sunweb rider soloed clear of a select move to take a second victory in Stage 19 at Champagnole.

Sam Bennett all but secured the green jersey while there was no change at the top as Primoz Roglic retained the yellow jersey on Friday.

Kragh Andersen picked up his second Tour stage win in a week with an emphatic solo victory from a strong 12-man break after the rolling 166.5km stage into the Jura.

The Danish powerhouse surged clear of a move containing green jersey rivals Bennett, Peter Sagan and Matteo Trentin with 15kms remaining. With the chasers unable to join forces behind, the 26-year-old held on to secure his Sunweb team’s third victory of the race.

Just as what happened in Stage 14 to Lyon, Slovenia’s Luka Mezgec won the sprint for second place. The Mitchelton-Scott sprinter led home a Belgian trio of Jasper Stuyven, Greg van Avermaet and Oliver Naesen, with Kragh Andersen’s teammate Nikias Arndt completing that group 53 seconds down and just ahead of Welshman Luke Rowe.

While Trentin (CCC Team) had made the attack which pre-empted Kragh Andersen’s decisive move, the Italian came home behind Ireland’s Bennett (Deceuninck-QuickStep) and Slovakia’s Sagan (Bora-Hansgrohe) one minute in arrears after the trio marked each other out in the battle for green.

Bennett’s eighth place means he extends his lead over both Sagan and Trentin in the points classification, effectively ending Sagan’s forlorn quest to win an eighth green jersey in Paris. Barring disaster, Bennett will become the first Irishman since Sean Kelly in 1989 to win the Tour’s fabled green jersey.

Behind, the peloton soft-pedalled to the line to finish almost eight minutes adrift as the GC favourites accepted a ceasefire ahead of the penultimate day’s time trial on Saturday. Slovenia’s Primoz Roglic (Jumbo-Visma) will enter the decisive 36.2km race against the clock with a 57-second lead over compatriot Tadej Pogacar (UAE Team Emirates), with Colombia’s Miguel Angel Lopez (Astana) a further 30 seconds back in third.