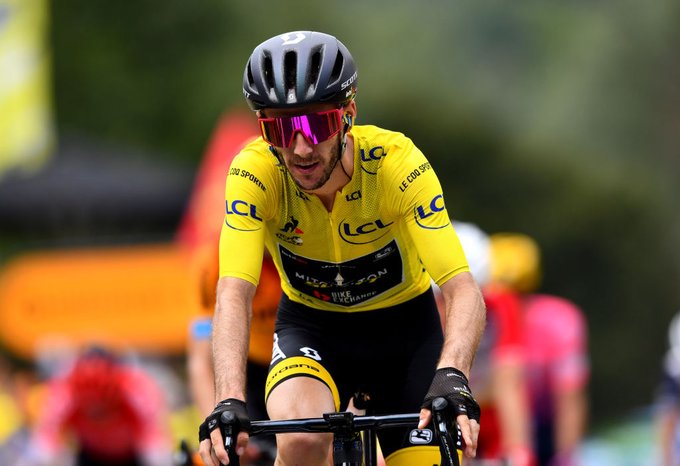 However, Saturday was a day of mixed feelings for local fans because fellow Frenchman Thibaut Pinot fell on the second climb of the day and finished over 25 minutes behind Peters, whose hopes of becoming the first home rider to win the Tour since 1985 have diminished as he sits nearly 19 minutes behind on the overall standings.

It was a tough day for all cyclists as the mountainous stage eight, a 141 km ride to Loudenvielle featured three challenging ascents that scattered the peloton.

Peters, 26, who is riding in his maiden Tour de France produced a brilliant long-range solo breakaway to record his first stage win leading Toms Skujins and Carlos Verona who arrived at the same time by 47 seconds.

Yellow jersey holder Yates survived several attacks to finish in a group containing many of the title favourites which also helped him secure his leading place in the title race.

Sunday’s stage nine will continue to be held in the Pyrenees as it follows a 153 km route from Pau to Laruns before a rest on Monday. The stage will be aired live on Eurosport from 4.45 p.m.