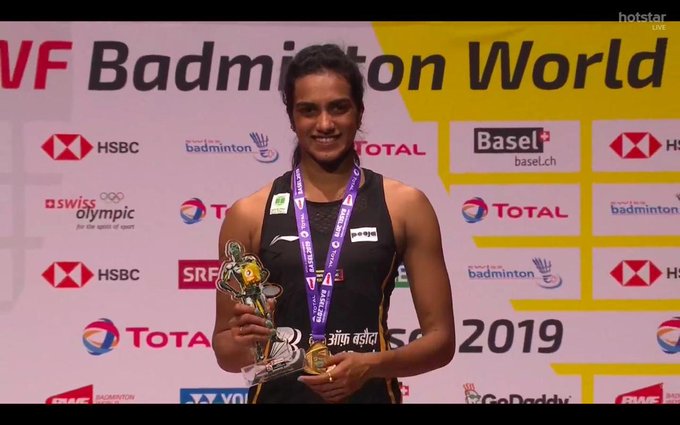 Fifth seeded Sindhu, who made early exits from China and Korea last month, has been pitted against Michelle Li, who remains a tricky customer despite the fact that Sindhu has a 5-2 head-to-head record against the world no 9 Canadian.

Coming back from a knee injury, Srikanth, who had claimed the title in 2017, will open against world no 2 Chou Tien Chen of Chinese Taipei, who has defeated him thrice in the last three meetings. The only time the Indian had managed to beat Chen was at the 2014 Hong Kong Open.

The former world no 1 Indian had withdrawn from China Open and Korea Open due to his knee injury.

In women’s singles, eighth seed Saina Nehwal, who has had a poor run recently with early exits at China and Korea, will face Hong Kong’s Cheung Ngan Yi in the first round.

The London Olympic bronze medallist, who had been bogged down by injuries and health issues, had to battle through a stomach problem during her first round exit at Korea and hope to make a successful comeback in Paris.

Among other Indians in fray, World Championships bronze medallist B Sai Praneeth will face the legendary Lin Dan in the opening round. The world no 12 Indian has lost twice to the two-time Olympic champion from China in the past.

Sameer Verma, who had also pulled out of events in China and Korea due to fitness issues, faces Kenta Nishimoto in the opening round. He had lost to the Japanese in the only meeting at the India Open in 2016.

Recuperating from a bout of dengue, HS Prannoy, who missed events in China and Korea due to the illness and will not play in Denmark next week, will hope to regain his match fitness ahead of the French Open.

He is scheduled to take on former world champion Viktor Axelsen, seeded seventh, who has been laid low by a back injury.

Former Commonwealth Games champion Parupalli Kashyap, who jumped to the world no 25 after a creditable semifinal finish at the Korea Open last week, will square off against Hong Kong’s Ng Ka Long Angus, who has reached the finals at Thailand Open and New Zealand Open this year.

Men’s doubles pair of Satwiksairaj Rankireddy and Chirag Shetty, who had clinched the Thailand Open recently, will open their campaign against Dutch duo of Jelle Maas and Robin Tabeling.

Manu Attri and B Sumeeth Reddy will take on England pair of Ben Lane and Sean Vendy in another men’s doubles opener.

Women’s doubles pair of Ashwini Ponnappa and N Sikki Reddy, who had finished runners-up at Maldives, will square off against South Korean fifth seeds Lee So Hee and Shin Seung Chan.

Pranaav Jerry Chopra and Sikki will open their campaign against English husband-wife pair of Chris Adcock and Gabrielle Adcock in mixed doubles, while Satwiksairaj and Ashwini will face fourth seeds Seo Seung Jae and Chae Yujung of Korea.