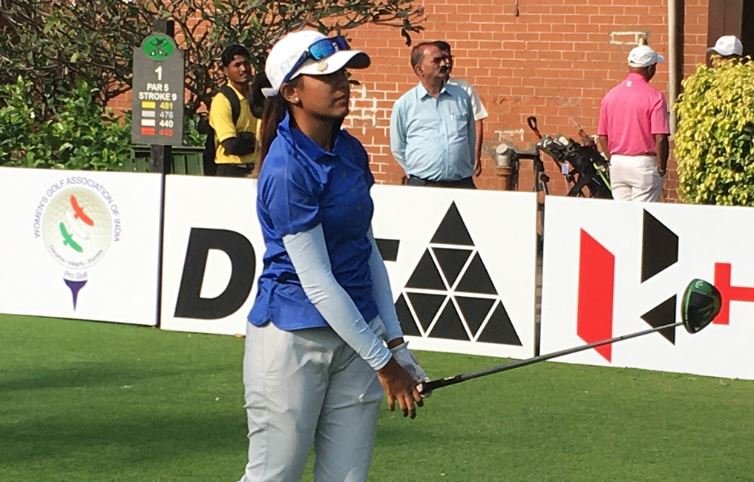 Mumbai: Tvesa Malik, making her first appearance in 2020 and Ananya Datar, the local girl, shared the lead at the end of the first round of the second leg of the Hero Women’s Pro Golf Tour at the Bombay Presidency Golf Club (BPGC) on Wednesday. Both shot one-over 71 at the Par-70 BPGC course.

While Tvesa, who won three times in 2019, is looking to add to her titles, Ananya, who turned pro last year and finished as the Rookie of the Year, is searching for her maiden professional win. Tvesa had three birdies against four bogeys, while Ananya after one birdie and three bogeys picked a second birdie on the 18th to draw level with Tvesa.

The pair is one shot ahead of the experienced Neha Tripathi (72) while Saaniya Sharma (73) is lying fourth.

Trimann Saluja and Siddhi Kapoor share the fifth place with cards of 74 each, while amateur Pranavi Urs, runner-up in Pune last week, had a disappointing front nine with a triple bogey and two bogeys as she carded 75 in the first round. Pranavi Urs, Shriya Vivek and Ishvari Prasanna are Tied-seventh, while Afshan Fatima and Oviya Reddi are Tied-10th with 76.

Tvesa had a good start with one birdie and no bogeys till she came to the eighth tee. She dropped a shot on eighth but birdied the ninth to turn in one-under. She slipped on the back nine with bogeys on 12th and 15th.  A birdie on Par-5 16thgot her back to even only to give that shot away with a bogey on 17th.

Ananya, playing five groups behind Tvesa, was two-over after 17 but a closing birdie gave her a share of the lead.

Neha Tripathi, who has not won since the first leg in 2019, had two birdies against four bogeys in her round of 72.

Winner of the Hero Order of Merit in 2019, Gaurika Bishnoi had another disappointing start as he dropped three shots in the first three holes, including a double bogey on Par-5 first. She had a double bogey on ninth and turned in four-over 39, as she also birdied the Par-5 fourth in between. On the back nine she dropped four more shots to finish with 78 and is Tied-14th.