U Mumba down Puneri Paltan, continue winning streak in UTT 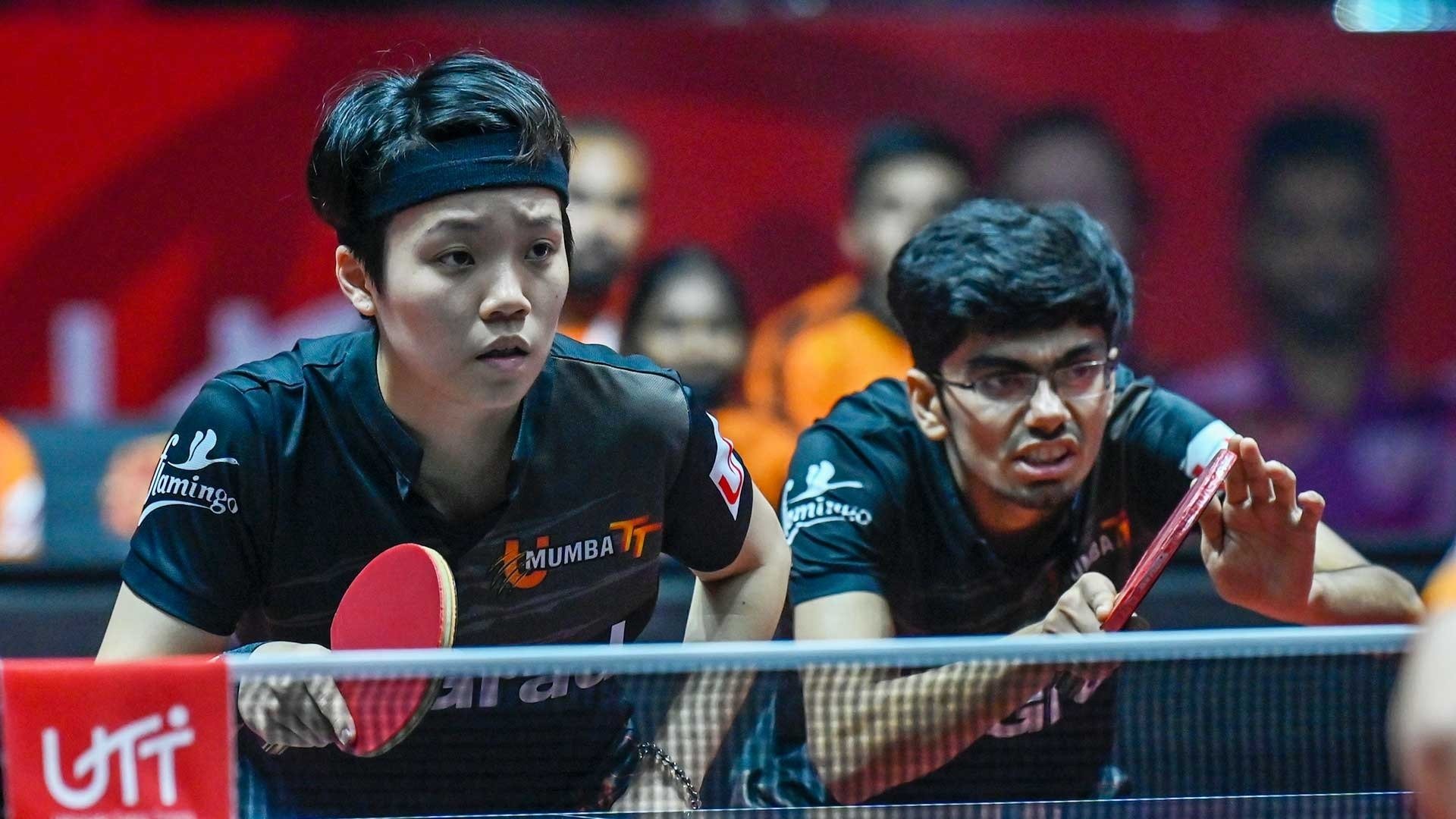 U Mumba players Manav Thakkar and Doo Hoi Kem in action on Saturday.

New Delhi: U Mumba TT showcased a fine all-round display to defeat Puneri Paltan Table Tennis 9-6 here on Saturday, moving to the top of the table in the Ultimate Table Tennis.

India’s Sutirtha Mukherjee and Manav Thakkar and their foreign stars, Kirill Gerassimenko and Doo Hoi Kem, comprehensively won their singles matches to leave Paltan gasping. They suffered their only defeat in the Mixed Doubles, with Manav- Hoi Kem unable to get the better of Chih-Yuan-Ayhika. sports news headlines

Initially, Sutirtha set the trend for U Mumba, wiping out Ayhika Mukherjee’s challenge (11-7, 6-11, 11-5) with her aggressive approach and putting U Mumba ahead. sports world sports news headlines

Manav then consolidated U Mumba’s lead, taking the challenge past his more experienced opponent Harmeet Desai 2-1 in the Men’s Singles. Manav placed 156th in world rankings, did not let Harmeet settle down and raced to a 5-1 lead in the opening set, which he sealed 11-6. sports world

The 19-year-old took the same aggressive line, picked up crucial points with his powerful smashes. His returns were quick, anticipation spot on and he displayed a sharp game to take the second too 11-8. sports world

Harmeet began to unnerve Manav in the third and an early lead 6-2 was enough to fetch him one point for Paltan.

In the crucial Mixed Doubles, Taiwan’s Chuang Chih-Yuan protected Ayhika Mukherjee smartly to pull Paltan back into the contest. The U Mumba paired streaked ahead 5-1 before Manav-Hoi Kem, showed signs of life.

But Chih-Yuan proved to be too good, creating nice angles and working on his backhand flicks to clinch the first set 11-5. He was on song in the second too, wrapping it up 11-6. They couldn’t, however, complete the kill, allowing U Mumba to take another crucial tie point. Chih-Yuan suffered a brief hiccup in the reverse Men’s Singles though, losing the first set to Kirill Gerassimenko 7-11. He came back charged in the second though, racing away to a 6-0 lead.

The third set, however, didn’t go his way, with Paltan’s Kirill defending amazingly well and retrieving everything that Chih-Yuan threw at him. It proved to be a fascinating tussle, replete with long rallies and powerful smashes.

In the end, though, Kirill prevailed to set the stage for World No. 11 Hoi Kem. She wrapped up the tie in the first set itself.