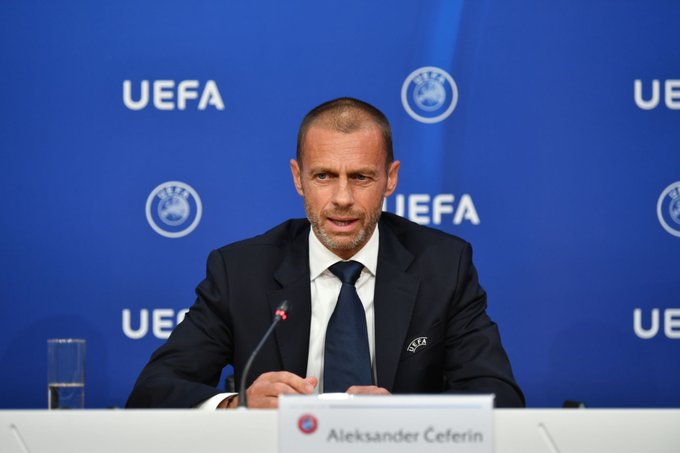 Berlin: UEFA president Aleksander Ceferin has threatened to ban players from international competition after plans for a breakaway Super League competing with the Champions League sparked a furious row in European football.

Ceferin, chief of the European football ruling body, reacted angrily on Monday to Super League plans unveiled by a dozen top teams just hours before a UEFA meeting confirmed its own Champions League would expand from 32 to 36 teams from 2024 onwards and include 100 more games, DPA reported.

The reform creates more group matches as teams are to be placed in one group and, according to a ‘Swiss model’, play 10 games against opponents based on seeding before the knockout stages, up from six in the past.

Earlier Monday, 12 top clubs from England, Spain and Italy, including the likes of Liverpool, Barcelona and Juventus, announced their intention to form a breakaway Super League consisting of 20 teams.

The announcement sent shockwaves around the world and drew wide-ranging condemnation from politicians, federations and fans.

Ceferin said players participating in such a league would be banned from national teams and tournaments including the World Cup, and possibly even this summer’s Euro 2020.

“We’re still assessing the situation with our legal team. It’s a bit too early,” he was quoted as saying.

“We will take all the sanctions that we can.”

Ceferin said defiantly that the Champions League would also have enough good clubs without the breakaway sides.

According to Sky Sports UK, a board member from one of the six English clubs said they are unfazed in what is ‘not a civil war but a nuclear war’ in football.

The unnamed person said owners were ‘not that worried about PR’, that ‘the wider good of the game is a secondary concern’ and that they would even be happy about national team bans because ‘they don’t like giving their playing assets away to countries for very little financial reward’.

The Super League is to compete against the Champions League with mid-week fixtures with its 20 teams, of which 15 are to be permanent members, in competition to run August to May with 18 group matchdays followed by knock-out stages.

Manchester clubs City and United, Arsenal, Tottenham, Chelsea and Liverpool; Italian sides AC and Inter Milan as well as Juventus; plus the Spanish trio of Barcelona, Real and Atletico Madrid are the founders of the planned elite league.

American investment bank JP Morgan confirmed to the PA news agency it would fund the new event, and PA also reported that the new league has written to FIFA president Gianni Infantino and Ceferin, calling for cooperation but also revealing it has already taken legal action.

“We are concerned that FIFA and UEFA may respond to this invitation letter by seeking to take punitive measures to exclude any participating club or player from their respective competitions,” the letter said.

A European Commission spokeswoman said on Monday that “European DNA” in sport must be preserved, but that it did not have enough information on the planned competition to make further remarks.

British Prime Minister Boris Johnson said it was not “good news for fans” and pledged “to make sure this doesn’t go ahead in the way that it’s currently being proposed”.