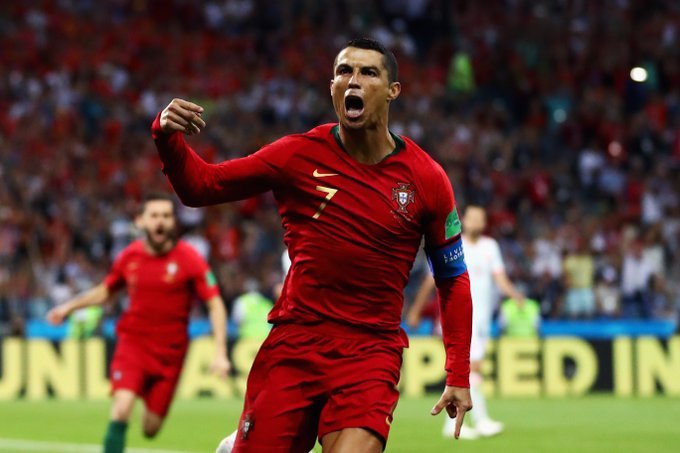 London: Ukraine booked their place in Euro 2020 after squeezing past Portugal as Cristiano Ronaldo scored his 700th career goal on a night stained by Bulgaria fans racially abusing England players while their side were hit for six in Sofia.

Andriy Shevchenko’s unbeaten team are through to next summer’s finals with a match to spare as Group B winners thanks to first-half goals from Roman Yaremchuk and Andriy Yarmolenko, which meant that Ronaldo’s 72nd-minute penalty wasn’t enough for Portugal.

Ukraine join Poland, Russia, Italy and Belgium in the multi-host tournament which kicks off in Rome on June 12, with Shevchenko — who scored 48 times for Ukraine in 111 matches — proving a similar success on the bench as he was on the pitch.

Second-placed Portugal’s fate is still in the balance, with Serbia just a point behind them with two matches remaining after they beat Lithuania 2-1.

Portugal dominated the second half and pulled one back when Ronaldo blasted home the spot-kick to make it 700 goals for club and country, but they couldn’t find an equaliser despite some good chances.

“There are days like these, when the ball just doesn’t want to go in,” said Portuguese midfielder Danilo.

Group A leaders England still have to wait for their place at the Euros despite hammering hapless Bulgaria 6-0, but the focus of attention was again on the stands as the home fans caused mayhem with racist chanting that twice caused the match to be halted.

It was another England match blighted by racism from opposition fans after England’s black players were targeted with monkey chants during their 5-1 win at Montenegro in March.

The level of abuse from a section of the Bulgarian support led the English Football Association to demand an investigation from UEFA, asking European football’s governing body to open a probe “as a matter of urgency”.

Tyrone Mings was one of those targeted on his England debut, and he said that stopping the game did have the desired effect of reducing racist abuse in the second half.

“We made the decision at half-time to come out and play the game which we thought was the right decision,” said Mings.

“If anything else happened, we would have taken appropriate action.”

England led 2-0 through early goals from Marcus Rashford and Ross Barkley when play was first stopped and an announcement made to supporters that the game could be suspended the abuse continued.

Once restarted, England quickly made it 3-0 through Barkley before a second stoppage, with Croatian referee Ivan Bebek holding discussions with players and coaching staff from both sides.

Raheem Sterling then netted twice either side of half-time before Harry Kane rounded off the scoring to take England to the brink of qualification.

Gareth Southgate’s men have now scored 26 goals in 6 qualifying matches and are four points ahead of third-placed Kosovo with two matches to play.

However Kosovo’s 2-0 win over Montenegro means England need a win from one of their remaining two matches to ensure qualification.

France also missed a spot in the Euros when Kaan Ayhan’s leveller snatched a point for Turkey in a match played against a backdrop of diplomatic tensions after Paris condemned Ankara for its military offensive against Kurdish forces in Syria.

Substitute Olivier Giroud headed France in front on 76 minutes at the Stade de France. Ayhan nodded home six minutes later — and celebrated with a military salute in front of the Turkish supporters — to leave Didier Deschamps side waiting.

Turkey remain top of Group H above the world champions on the head-to-head rule. Although France can qualify for the finals with a win at home to Moldova next month, Turkey would clinch their place by avoiding defeat against third-placed Iceland, who are four points back after beating Andorra 2-0.