'Umar is being treated unjustly': Kamran blasts PCB for stance of Umar's ban 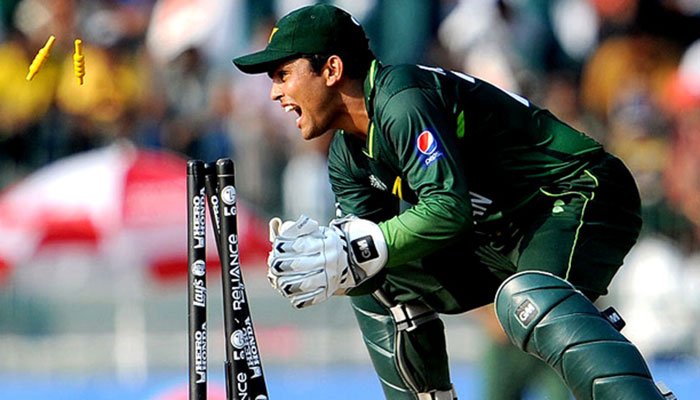 Karachi: Pakistan batsman Kamran Akmal has lashed out at the PCB for its decision to challenge the reduction of the ban imposed on his younger brother, Umar Akmal for not reporting sport-fixing approaches.

Justice Khokar also gave Umar and the PCB the option of filing an appeal with the Court of Arbitration for International Sports (CAS) against his decision. On Monday the PCB announced it would file the appeal.

Kamran said in the past players had been banned for short terms of three to six months and even had their fines reduced for the same offence but in Umar’s case the PCB is not even satisfied with the 18 months ban on him.

“Umar is being treated unjustly because in the past he has always cooperated with the authorities in such cases and this time also he admitted the mistake of not reporting the matter to the authorities. Even the reduced 18 months ban is hard on him,” he said.

PCB said it has taken the decision following a review of the detailed order of the independent adjudicator, whereby the length of Umar’s ban has been reduced from 36 months to 18 months (running concurrently) on grounds of taking a compassionate view.

“The PCB believes a senior cricketer like Umar Akmal was aware of the consequences when, after having attended a number of anti-corruption lectures at domestic and international level, having witnessed the consequences of indulging in corrupt conduct, still failed to report the approaches to the relevant authorities,” the PCB said in a press release.

“The PCB doesn’t take any pride in seeing a cricketer of Umar’s stature being banned for corruption, but as a credible and respectable institution, we need to send out a loud and clear message to all our stakeholders that there will be no sympathy whatsoever for anyone who breaches the regulations.”

The three-year ban was initially imposed in April by the PCB’s Disciplinary Panel under the Anti-Corruption laws.

Justice (retd) Fazal-e-Miran Chauhan imposed the ban on Umar on April 27 after finding him guilty of breaching the PCB anti-corruption code by not reporting approaches made to him in Lahore at two separate parties to spot fix matches in the Pakistan Super League.

The PCB had suspended Umar on February 20 this year.

Kamran said that his brother is being treated unfairly and already his career had suffered a lot due to unjust selection decisions.

The Judge who headed the Disciplinary Panel noted in his final decision that Umar had failed to show any remorse or explain why he had not reported the approaches to the PCB and neither had he divulged details of the discussions he had with the suspected bookmakers at two meetings in Lahore.

Emirates Cricket Board gets BCCI’s official clearance to host IPL