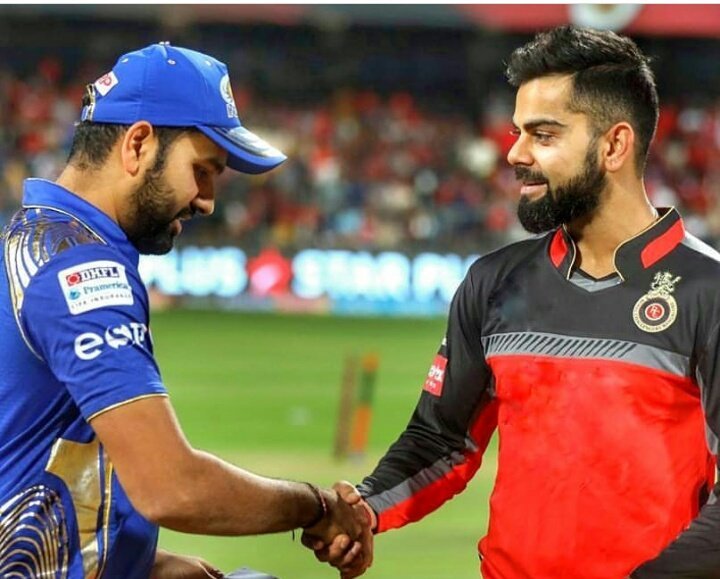 Bengaluru: Umpire S. Ravi’s failure to spot the no-ball off the last ball of the Royal Challengers Bangalore innings might have helped Mumbai Indians win a close contest on Thursday, but MI skipper Rohit Sharma believes that these mistakes shouldn’t happen as they are game changers. He even pointed at the wide that was given off Jasprit Bumrah in the 19th over which he felt was a bit harsh on the bowler.

RCB skipper Virat Kohli made his displeasure known at the end of the game, saying that the teams were not playing club cricket and the officials needed to be more careful.

“I just got to know when we crossed the rope. Somebody just told me it was a no-ball. These kind of mistakes are not good for the game of cricket, it’s pretty simple. The over before that Bumrah bowled a ball which wasn’t a wide. Those are game-changers. There’s a TV up there, they have to watch what’s happening. It is as simple as that.

“Players can’t do much. The only thing they can do is walk off and shake hands because it was the last ball. It’s disappointing to see that. I hope they rectify their mistakes like we do when we make mistakes,” he rued.

“We are playing at the IPL level and not playing club cricket. The umpires should have had their eyes open. That is a ridiculous call (last ball). If it is a game of margins, I don’t know what is happening. They should have been more sharp and careful out there,” Kohli said.

While it looked like RCB would run away with the game, Rohit begged to differ and said that the match was always under their control and the players executed the plans really well.

“Anything over 180 is a good score. You can fight with it. We know the conditions here and we got the bowlers to get the job done. It is not a safe score. We were in the game even though Virat and AB were batting. We didn’t panic, we kept sticking to our strengths. From the 7th to 15th over, it’s a crucial phase. We stuck to our plans and I think it was a great effort from the bowling unit,” he smiled.

Coming into the IPL after missing the first game of the season against Delhi Capitals, Lasith Malinga showed his brilliance in the last over as he gave away just singles after being hit for a six off the first ball of the over and Rohit said that both Malinga and Bumrah are just brilliant.

“Malinga has been the part of MI for a long time. Last year, he came as a mentor, this year he wants to do well. You can always trust those guys in the back end.

“Sometimes it happens, sometimes it may not. They brought experience into play. With AB at the other end, anything can happen. We were quite brave to bowl the deliveries we bowled.

“Bumrah executed well and we just missed a trick in the middle with the bat. Those are the kind of things we need to remember when we are playing big games. RCB is a quality side and you can’t give a sniff to them. They’ll come back and hurt you. We were upto the mark today,” he pointed.

Rohit was also all praise for all-rounder Hardik Pandya and said that the game would work wonders for his confidence.

“We all understand Hardik’s importance in this team. He was out for few weeks. Whatever happened with him, he needed this confidence. He batted well and got us those crucial runs in the end and I thought he bowled really well. This will give him enough evidence. It’ll be good for us if he keeps performing like this and also for team India in the future,” he said.

The new Pandya brothers in the house 😎🐶 @krunalpandya24 spoke to @RajalArora about brother Hardik, 'champ' @Jaspritbumrah93 in a crucial win and bundles of joy that have entered the Pandya household 😊 #RCBvMI #VIVOIPL @mipaltan

Did you know: Ricardo Gouveia is on a mission