Lex Sportel announces the launch of 1Sports in India 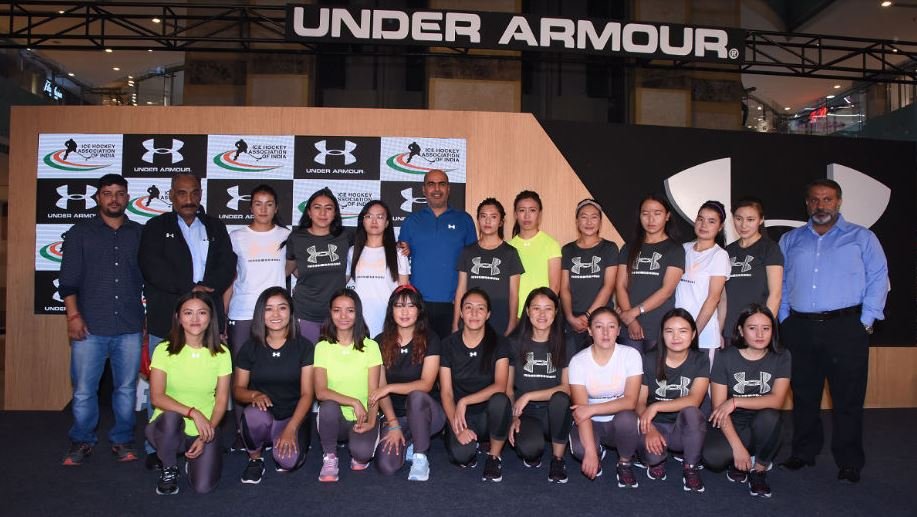 New Delhi: US sports apparel brand Under Armour has entered into a partnership with India’s ice hockey teams to provide them with sporting gear.

The men’s women’s and youth ice hockey teams will now be better prepared for their upcoming challenges after training on frozen lakes with homemade equipment and protective cricket gear in mid-2000s.

The Indian ice hockey team, formed in 2016, finished  fourth in the 2017 edition of the IIHF Challenge Cup of Asia.

The women’s team captain Tsewang Chuskit recently shared their incredible journey and anecdotes of how their will helped them power through many challenges.

“As a team, we chose to look at every limitation as a challenge that we could take head on. When we started out, there was no ice-rink, no equipment, no protective gear, no training facilities, but nothing seemed bigger than our will to form a team and represent our country,” Chuskit said.

“We lost all the matches in our international debut and it was difficult to motivate ourselves and one other to keep going, but our will was above all. We found a way to overcome every hurdle that slowed us down and decided to write our own destiny, making the nation proud.”

Under Armour brought to the forefront the team’s  determination and hopes their gear will help them perform better and push their limits.

“Under Armour has inspired athletes from around the world, from everyday performers to champions in various sports. Today, we are privileged to celebrate the will of the Indian women’s ice hockey team, who shaped their own destiny despite many incredible hurdles. While we continue to support this team, we will also identify and celebrate other unsung stories of will from across the country,” Under Armour India MD Tushar Goculdas said.