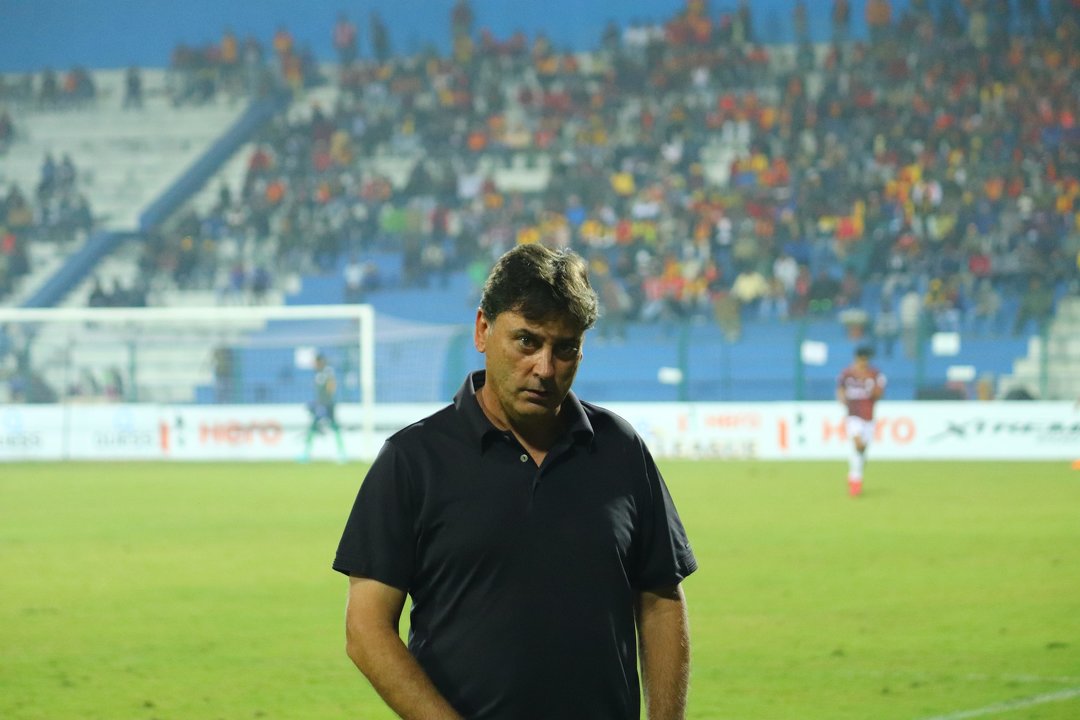 The Spaniard tendered his resignation with immediate effect in a meeting between East Bengal and the club’s principal sponsors Quess’ officials on Tuesday, less then 48 hours since his team’s morale-sapping loss.

“Yes, he has resigned. He has cited personal reasons for his resignation and said he wants to go home,” East Bengal’s assistant secretary Shanti Ranjan Dasgupta told Sports Lounge.

“I am happy for the progress the club has made during my tenure as the head coach and I wish to see the new leadership to take this progress to the next level. I enjoyed my duration with the club and wish the team and the fans all the best,” Alejandro said in a statement.

The existing coaching staff of the team will take over the reins on an interim basis for their next match, away against defending champions Chennai City on Saturday. A new coach, however, is expected to be announced soon.

After taking the hot seat at the beginning of last season, the former Real Madrid B team coach failed to win any silverware during his one and half season stay at the Kolkata Maidan.

His best performance during his tenure was helping EB claim the runners-up spot behind Chennai City in the I-League last season.

But this season, his team failed to gain any momentum throughout, forfeiting a match to finish an ignominious third in the Calcutta Football League behind champions Peerless and Bagan.

Things turned from bad to worse in the I-League, as after two draws and two wins, the team’s performance dipped, resulting in defeats against Churchill Brothers, Gokulam Kerala and Bagan.

After the 1-2 defeat in the Kolkata derby last Sunday,  Alejandro remained upbeat about his team’s chances in the I-League.

But pressured mounted on him, once Quess’ officials distanced themselves from dubious player selections and inability to hire substitutes for underperformers.

They blamed the coach’s dogged refusal to tinker with players as the reason behind the team’s plight, saying they acted as per Alejandro’s instructions.

“We admire the leadership of the coach and the significant professional changes he brought at East Bengal in such a short period of time,” Quess Corp CEO Subrata Nag said in a statement.

“He has led the team in the right direction, and we thank the coach for his contribution to the club and wish him much success for the future.”

United charged by FA over players’ misconduct in Liverpool defeat