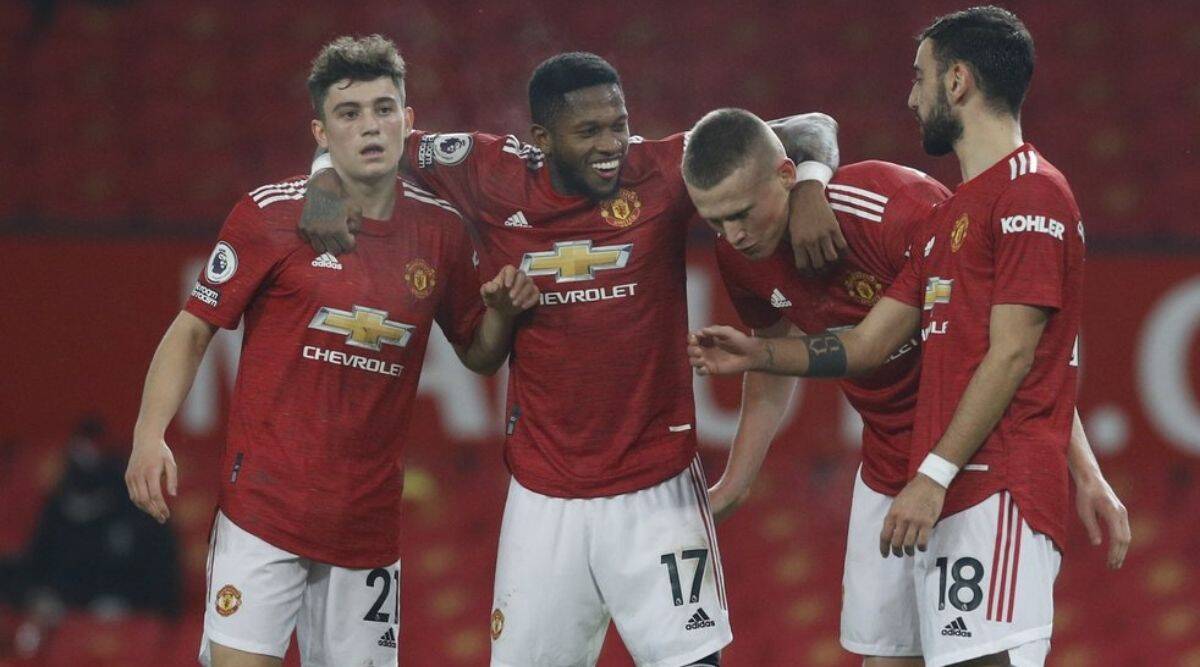 A second-minute penalty from Bruno Fernandez and a 50th minute goal from left-back Luke Shaw on Sunday gave United a win that still leaves them 11 points behind their neighbors, but will give them local bragging rights and confidence for the rest of the season.

Ole Gunnar Solskjaer’s side defended magnificently and were lethal on the break, with Anthony Martial in excellent form in their win, and the only negative for Solskjaer was an ankle injury that forced Marcus Rashford off midway through the second half, Xinhua news agency reports.

Daniel Amartey’s header two minutes from time had momentarily lifted Leicester City into second place ahead of United after a 2-1 win away to Brighton on Saturday night.

The defeat leaves Brighton deep in the battle to avoid relegation, even though Alan Lallana’s first goal for the club in the 10th minute had given them the lead.

Kelechi Iheanacho drew Leicester level from Youri Tielemans’ pass in the 62nd minute, as the visitors began to take control of the game before Amartey’s late winner.

Tottenham continue their recovery with a 4-1 win at home to Crystal Palace. Gareth Bale scored in the 25th and 49th minutes after two assists from Harry Kane, who also netted a brace.

Burnley made it five draws from their last five games at Turf Moor in their home game against Arsenal. Pierre-Emerick Aubameyang opened the scoring in the 6th minute, but Granit Xhaka’s suicidal backpass rebounded off Chris Wood in the 39th minute to level the scores.

Arsenal had a penalty overturned by VAR in the closing minutes and Dani Ceballos hit the post in a frantic finish to leave the visitors frustrated, while Burnley edge closer to salvation.

Southampton ended a run of six defeats and a draw in their last seven games with a 2-0 triumph away to bottom side Sheffield United, which came thanks to James Ward-Prowse’s 32nd minute penalty and a powerful shot from Che Adams four minutes into the second half.

Aston Villa defender Romain Saiss missed a sitter, while both Ollie Watkins and Ezri Konsa struck the woodwork for the home side as the Midlands derby against Wolves ended in a 0-0 draw.

West Brom and Newcastle United drew 0-0 in a game where neither side looked like scoring, which is unsurprising given that Newcastle’s top three scorers are all injured.

Under normal circumstances that would have been a good result for Newcastle, but Fulham won 1-0 away to Liverpool on Sunday afternoon to move to within just a point of Steve Bruce’s side and level on points with Brighton.

Mario Lemina’s goal on the stroke of half-time gave Fulham a triumph their performance fully merited while condemning Liverpool to their sixth consecutive home defeat in the league.

Jurgen Klopp’s side are now seventh and running a very real risk of not qualifiying for European competition next season.