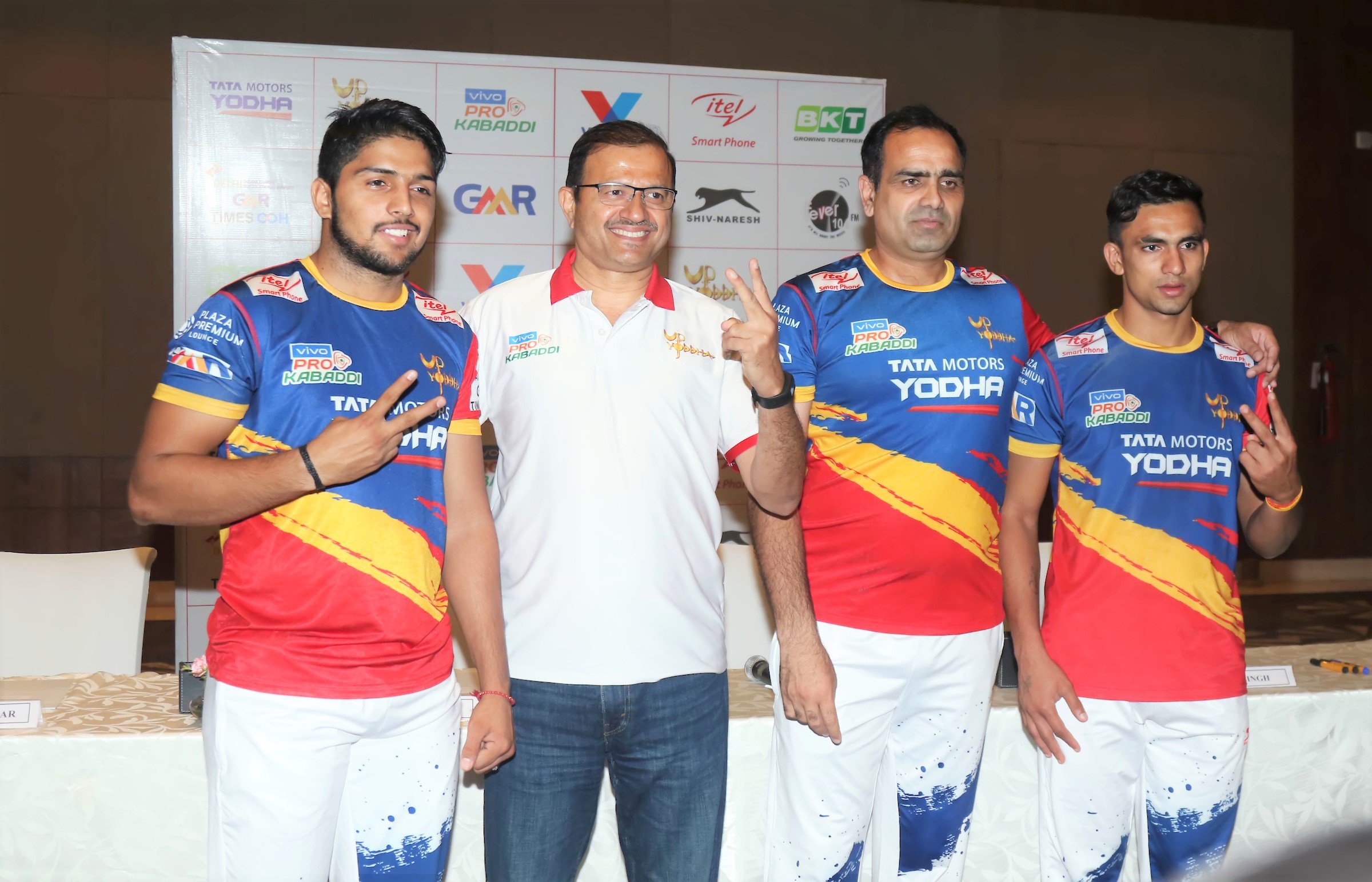 Greater Noida: UP Yoddha, Uttar Pradesh’s based franchise of the Pro Kabaddi League, is aiming to enhance the sport at the grassroots level on the state through its flagship tournament named the UP Kabaddi league.

The league will guide budding Kabaddi players in several cities of the state. U.P. Kabaddi League is in its second season with 35 men’s teams and 8 women’s team from all over the state.

Speaking exclusively to Sports Lounge, Col Vinod Bisht, CEO GMR League Games said that “Our franchise is aiming to encourage sporting talent and stimulate the indigenous game in the region.

“In the last few years, we have unearthed a few talented youngsters like Nitesh Kumar, Sumit and Surender Gill from the state and we believe there is no dearth of talent in India’s largest and most populous state. Our’s is a constant endeavour to keep unearthing more and more local talent, giving the youth a viable career option, ” he said.

Skipper Nitesh Kumar said, “We just want to play as a unit and ensure that we win each match. We have found the right combination and we just want to play our natural and fearless game and first ensure a playoff qualification for ourselves.”

UP Yoddha are currently placed sixth in the table with 58 points from 18 matches with 10 wins, 6 losses and 2 draws.

Head coach Jasveer Singh stated, “We are taking the home leg as any other normal leg. Though, we have to play more games than what we play when on the road, I believe the local support from our fans will help us immensely.

“We have a very clear-cut approach; we want to go there with just one thing in our mind and that is to win. We want to back our strengths and stick to the game plan.”