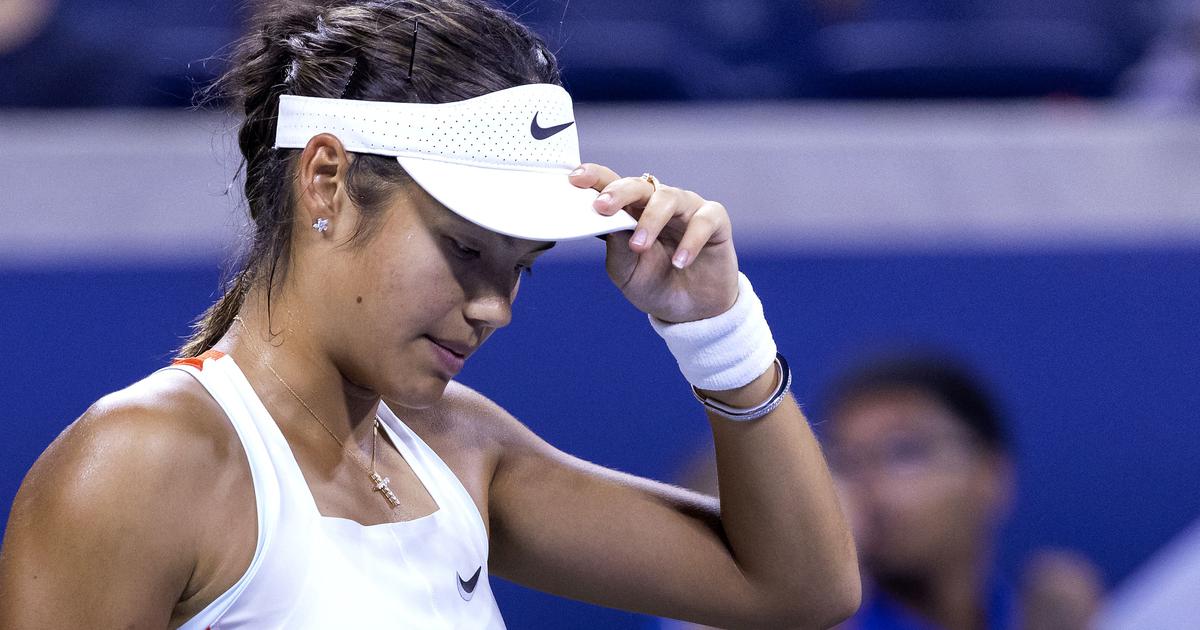 Emma Raducanu became only the third defending champion to exit the US Open in the first round on Tuesday while four-time winner Rafael Nadal overcame an early scare against a player ranked 198 in the world.

Raducanu, 19, slumped to a 6-3, 6-3 defeat to veteran French player Alize Cornet who is competing in a record 63rd consecutive Grand Slam.

Also going through to a politically-charged second round clash were three-time runner-up Victoria Azarenka of Belarus and Marta Kostyuk of Ukraine.

Raducanu has struggled in the spotlight of being a Grand Slam winner, failing to get beyond the second round of any of the previous three majors in 2022.

“In a way I’m happy because it’s a clean slate. The target will be off my back,” said the teenager.

‘Thought I’d never be back’

World No 3 Nadal, who is chasing a 23rd Grand Slam title and third of 2022, arrived at the tournament having played just one match since an abdominal injury forced him to forfeit his Wimbledon semifinal.

He next faces Fabio Fognini, the Italian who famously defeated him from two sets down in the third round of the US Open in 2015.

“I’m very happy to be here. It’s a long time that I played here. I thought that maybe I’d never be back,” said 36-year-old Nadal whose last appearance in New York saw him win the 2019 title.

Thursday’s action is likely to be dominated by the clash between former World No 1 Azarenka and Kostyuk, a vocal critic of the presence of Russian and Belarusian players on tour.

Only last week, Azarenka was axed from an exhibition on the eve of the US Open aimed at raising money for Ukraine.

Kostyuk, 20, said she turned down the chance to play in protest at the presence of Azarenka and the 33-year-old Belarusian was swiftly dumped from the event.

Belarus is a close ally of Russia and has allowed Moscow to use its territory to launch attacks into Ukraine.

“In matches, being a little bit stressed and tight, it can get a little bit worse, but still, I feel like my level is just better,” said Swiatek who next faces 2017 champion Sloane Stephens.

Carlos Alcaraz, the 19-year-old World No 4, was made to sweat by battling Sebastian Baez, winning the first two sets 7-5, 7-5 before the Argentine retired injured 0-2 down in the third.

As the temperature soared beyond the 30-degree mark, 42-year-old Venus Williams and Wimbledon champion Elena Rybakina were high profile casualties.

After seeing Serena Williams stave off impending retirement by reaching the second round on Monday, big sister Venus was eyeing an 80th career win at the tournament.

However, she remains without a victory since Wimbledon last year.

Bizarrely, Paire started packing his bags at 0-5 down in the third set and he was a beaten man after only 98 minutes.

“Maybe the heat was getting to him,” said seventh seed Norrie.

The result made ugly reading for Paire who dropped the first set in just 18 minutes and the third in 19.

Late on Tuesday, Danielle Collins, the Australian Open finalist, came up with a 7-6 (5), 6-3 over four-time Grand Slam winner Naomi Osaka. This was the first time in four matches that Collins managed to take a set off the former World No 1.