US Open 2022, Day 5: Serena bows out; Medvedev sets up round of 16 clash against Kyrgios 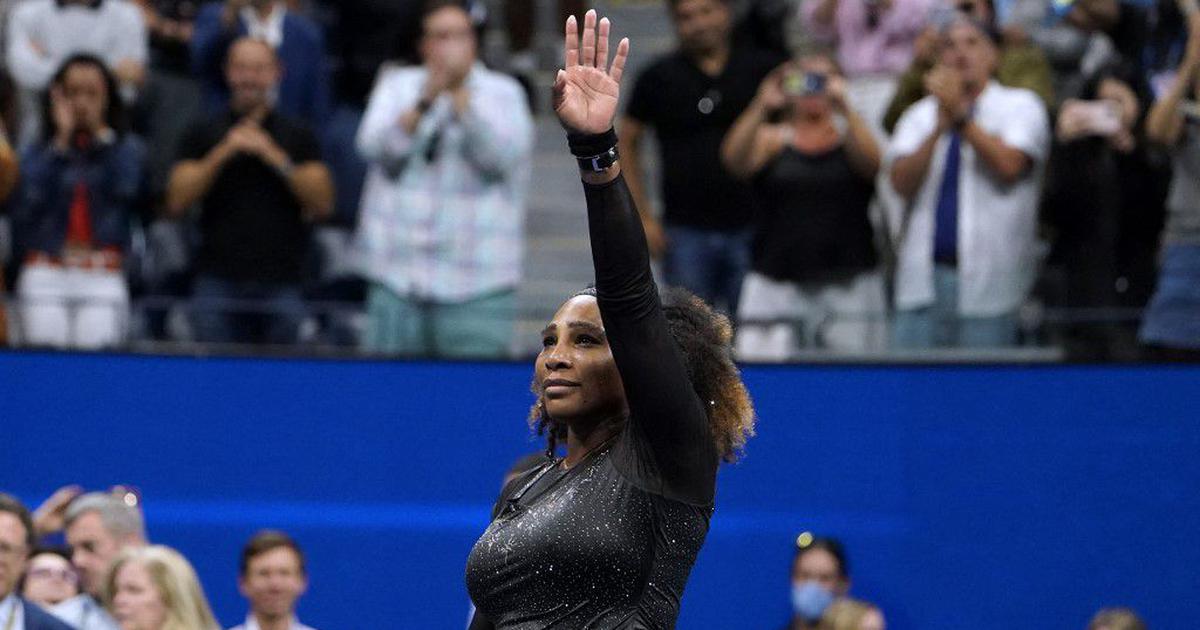 Serena Williams bowed out of the US Open and headed into retirement on Friday after a battling loss to Australia’s Ajla Tomljanovic while world number one Daniil Medvedev crushed the giant-killing dreams of Chinese youngster Wu Yibing with an emphatic victory.

The defeat was almost certainly Williams’ last ever appearance in Grand Slam singles event, the final act of a 27-year professional career that saw the 40-year-old American become a sporting and cultural icon who many believe is the greatest women’s tennis player in history.

“It’s been a fun ride,” a clearly emotional Williams said in an on-court interview following her loss.

“It’s been the most incredible ride and journey I’ve ever been on, I mean, in my life.

“I’m just so grateful to every single person that’s ever said, ‘Go, Serena,’ in their life. You got me here.”

Although Williams has not definitively announced her retirement, she said in a Vogue magazine essay last month that she would “evolve” away from tennis after the US Open.

Williams said Friday that she was excited by the prospect of her life after tennis.

“I’m ready to, like, be a mom, explore a different version of Serena,” she said.

“Technically in the world I’m still super young, so I want to have a little bit of a life while I’m still walking.”

Golf superstar Tiger Woods and former US first lady Michelle Obama were among a legion of admirers who paid tribute to Williams following her US Open exit.

“@serenawilliams you’re literally the greatest on and off the court,” tweeted Woods.

“Thank you for inspiring all of us to pursue our dreams.”

Obama meanwhile saluted Williams’ rise from the gritty Los Angeles neighborhood of Compton to the pinnacle of her sport.

“Congrats on amazing career, @SerenaWilliams! How lucky were we to be able to watch a young girl from Compton grow up to become one of the greatest athletes of all time,” tweeted Obama.

In other matches, Tunisia’s fifth-seeded Ons Jabeur made it to the fourth round at the 10th attempt with a 4-6, 6-4, 6-3 victory over 31st seed Shelby Rogers.

“I know that I don’t play the best on hard courts, but it’s always amazing to see how I’m improving, how I’m pushing my limits,” Jabeur said.

US teenager Coco Gauff meanwhile reached the last 16 with a 6-2, 6-3 defeat of compatriot Madison Keys.

In the men’s draw, defending champion Medvedev ended the run of China’s Wu to set-up a blockbuster last-16 clash against Nick Kyrgios.

Medvedev, who won his maiden Grand Slam title in New York last year, is delighted with his form as he approaches the business end of the tournament.

“If you ask me what I could improve, I don’t see many things,” he said. “Maybe a little bit less double-faults, but that’s if we’re trying to dig somewhere.

“If I continue this way, I have good opportunities to do something big.”

Wimbledon runner-up Kyrgios made the fourth round for the first time by seeing off America’s J.J. Wolf 6-4, 6-2, 6-3.

Kyrgios says he is relishing the opportunity of playing on the big stage against Medvedev.

“Win or lose, I’m proud of how far I’ve come,” he said. “I’ve worked hard to be in the fourth round. I want to be there. I think that’s where every tennis player wants to be, playing the best players in the world in the best stadiums in the world, getting paid well. I’m looking forward to it.”