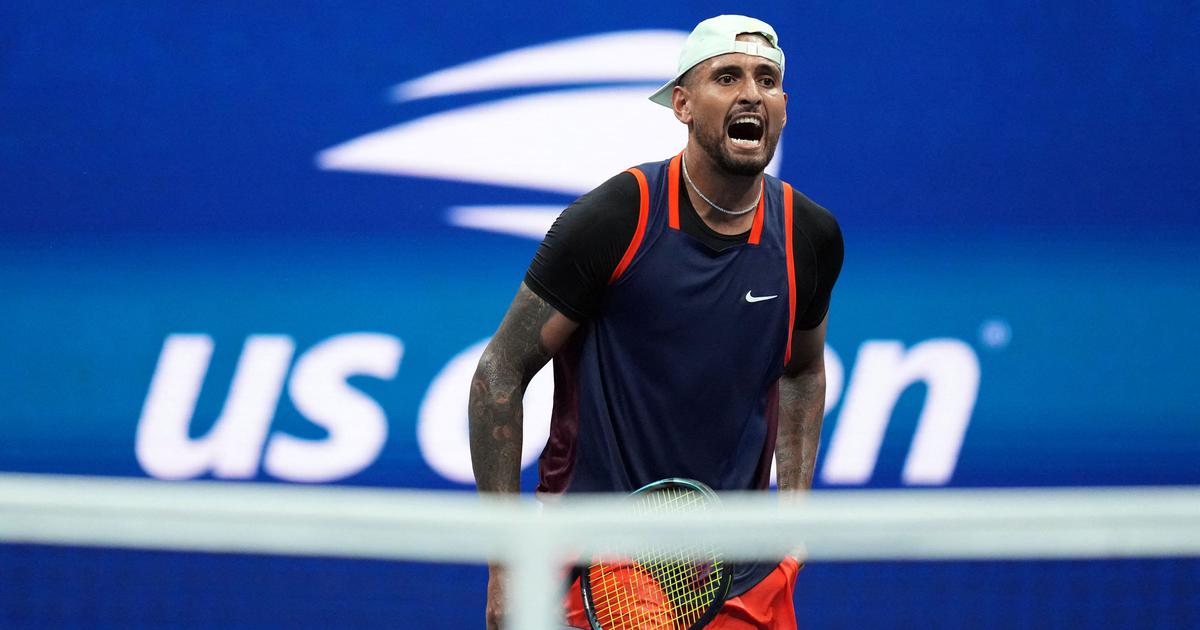 Australia’s Nick Kyrgios sent defending champion Daniil Medvedev tumbling out of the US Open on Sunday as US teenager Coco Gauff reached the quarter-finals for the first time.

The notoriously temperamental 23rd-seeded Kyrgios produced some scintillating shot-making on his way to a superb 7-6 (13/11), 3-6, 6-3, 6-2 win over the world number one from Russia.

Kyrgios, who was beaten by Novak Djokovic in the Wimbledon final in July, showed grit and composure to save three set points in the opening set before holding his nerve to win an epic tie-break 13/11 before a raucous Arthur Ashe Stadium crowd.

Although Kyrgios dropped the second set, he roared back to dominate Medvedev in the third and fourth sets to clinch victory in 2hr 53min.

“It was an amazing match, obviously Daniil as the defending champion had a lot of pressure on his shoulders, but I’ve been playing amazing the last couple of months,” Kyrgios said after the win.

“What a place to do it – packed house in New York. I’m extremely blessed.”

Medvedev meanwhile said the mercurial Kyrgios had elevated his play to the same level as great such as Rafael Nadal and Djokovic.

“Nick today played kind of at the level of Novak and Rafa,” said the 26-year-old after seeing 21 aces and 53 winners whizz past him.

“If he plays like this until the end of the tournament, he has all the chances to win it.”

Elsewhere in the fourth round on Sunday, fifth seed Casper Ruud became the first Norwegian man to reach the US Open quarter-finals with a 6-1, 6-2, 6-7 (4/7), 6-2 victory over French lucky loser Corentin Moutet.

The 23-year-old Ruud, seeded fifth, will face Italy’s Matteo Berrettini for a place in the semi-finals.

The 26-year-old from Rome missed Wimbledon earlier this year after testing positive for Covid-19, and was injured for the French Open.

But Berrettini has now made the quarter-finals or better in the last five Grand Slams he has played in after Sunday’s win.

“It’s not a secret for me the Slams are the goal of the season,” he said.

“I think it proves that my level is high in Slams … I play my best tennis in the most important stages of the tour.”

The 18-year-old 12th seed will now play France’s in-form Caroline Garcia for a place in the semi-finals.

Garcia, the world number 17, has emerged as a dark horse in New York despite a modest record in Grand Slams.

The 28-year-old reached her only other Grand Slam last-eight on home ground at Roland Garros five years ago.

But she arrived in New York brimming with confidence after claiming the Cincinnati Masters lead-in event, and so far at the Open has yet to drop a set.

Australia’s Ajla Tomljanovic followed up her victory over Serena Williams with another battling display to reach the quarter-finals.

Tomljanovic – who knocked out tennis icon Williams in the third round on Friday – advanced to the last eight with a 7-6 (10/8), 6-1 victory over Russia’s Liudmila Samsonova.

“The fact that I won, I’m still a little speechless,” Tomljanovic said after her win.

The 29-year-old world number 46 will play Tunisia’s fifth-seed Ons Jabeur in the quarters.

Jabeur, who became the first African woman to reach the final at Wimbledon in July, secured the first US Open quarter-final appearance of her career with a 7-6 (7/1), 6-4 win over Russia’s Veronika Kudermetova.