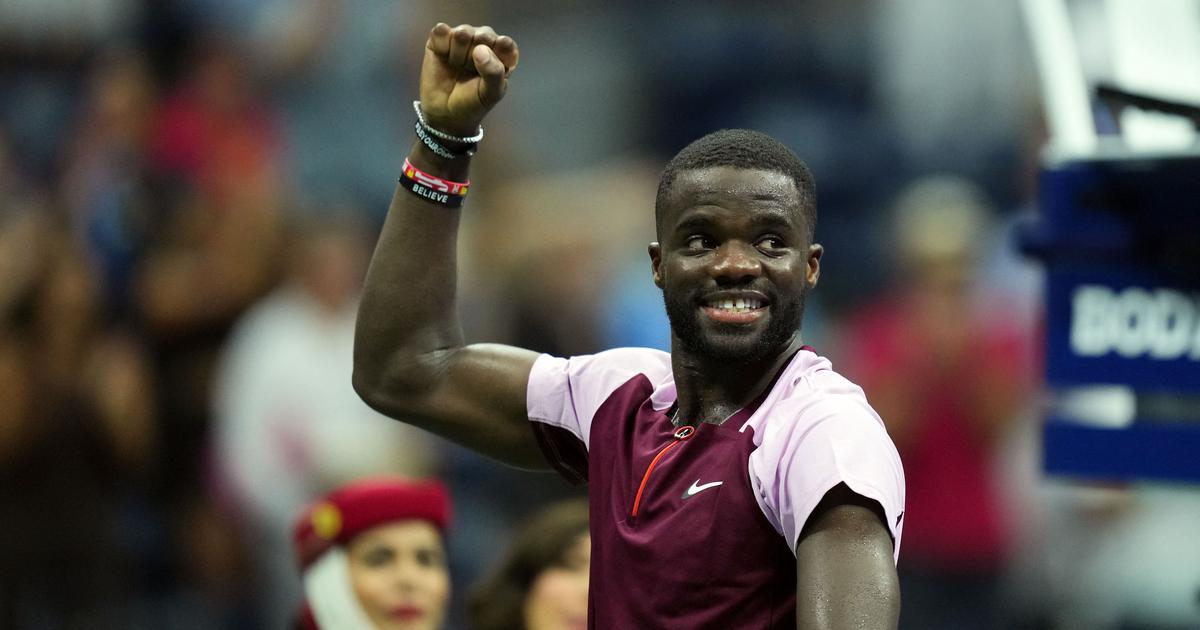 Rafael Nadal fell to his earliest US Open loss in six years on Monday when he was knocked out by Frances Tiafoe while Carlos Alcaraz survived a five-set epic to reach a second successive quarter-final in a tie which finished at 02:23 a.m. Tuesday.

The American’s big-hitting performance conjured up 18 aces and 49 winners past a sluggish Nadal.

For Australian and French Open champion Nadal, it was a first Grand Slam loss of 2022 after an abdominal strain forced him to forfeit his Wimbledon semi-final.

His defeat came just a day after world number one and defending champion Daniil Medvedev was knocked out by Nick Kyrgios.

“I wasn’t able to push him back. Tennis is a sport of positions a lot of the time,” said 36-year-old Nadal.

“You need to be very quick and very young. I am not in that moment anymore.”

Tiafoe, 24, will face Andrey Rublev, who he defeated over five sets in the third round in 2021, for a place in the semi-finals.

“I don’t know what to say, I’m so happy. He’s one of the greatest of all time and I played unbelievable tennis today,” said Tiafoe who had only previously reached one Slam quarter-final in Australia in 2019.

“Something special happened today. Honestly when I first came on the scene I wasn’t ready for it mentally and mature enough.

“I’ve been able to develop and I have a great team around me. With you guys, it’s been great.”

In a gruelling three-hour and 54-minute encounter, Cilic was under siege, having to save 12 of 18 break points while committing 66 unforced errors.

The 19-year-old Alcaraz, seeded three and seen as the title favorite after the elimination of Nadal, will face Jannik Sinner of Italy for a semi-final place.

Sinner holds a 2-1 advantage over Alcaraz with both wins coming this year at Wimbledon and Umag.

“I believed in myself, it was pretty tough,” said Alcaraz.

“I was a break down in the fifth set. It was tough to come back after losing the fourth set.”

The pair served up 27 double faults between them and 119 unforced errors.

Seventh seed Rublev breezed past Cameron Norrie to reach the quarter-finals for the third time with a 6-4, 6-4, 6-4 win.

Rublev, who also made the last-eight in New York in 2017 and 2020, will be playing in his sixth quarter-final at the majors but has yet to progress further.

French Open champion and world number one Iga Swiatek became the first Polish woman to reach the US Open quarter-finals.

In a mistake-riddled clash on Louis Armstrong Court, there were a total of 15 double faults, 12 breaks of serve and 76 unforced errors.

“It’s really satisfying. This is my first quarter-final in New York so I am really proud of it,” said Swiatek.

Wimbledon quarter-finalist Niemeier hadn’t won a hardcourt match in her career before coming to New York.

However, she went into Monday’s match not having dropped a set and fired up to repeat her Wimbledon journey where she had also beaten world number two Anett Kontaveit.

The 23-year-old from Dortmund swept through the opener and broke to lead 2-1 in the second set before Swiatek recovered to take control and reach her third Slam quarter-final of 2022.

Swiatek will face US eighth seed Jessica Pegula for a place in the semi-finals.

It will be the pair’s third meeting this year with Swiatek coming out on top on both occasions in Miami and at the French Open.

Sabalenka has now beaten the American in New York three times in the last five US Opens.