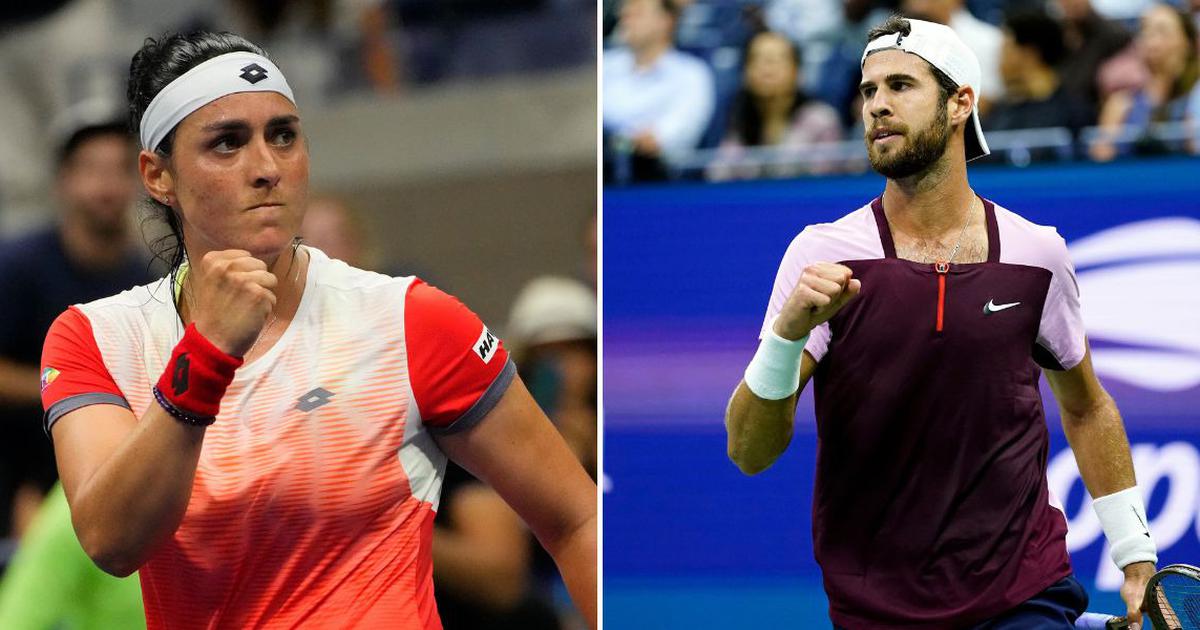 Tunisia’s Ons Jabeur became the first African woman in history to reach the semi-finals of the US Open on Tuesday as France’s Caroline Garcia ended the hopes of American teenager Coco Gauff to advance to the last four.

Jabeur, who also claimed a notable first in July as the first woman from Africa to reach the final at Wimbledon, scored a 6-4, 7-6 (7/4) win over Australia’s Ajla Tomljanovic.

The 28-year-old will now face Garcia in the semi-finals after the in-form 17th seed dispatched the 18-year-old Gauff 6-3, 6-4 in Tuesday’s other quarter-final.

Tomljanovic had landed in the quarter-finals after a run which included a third round victory over Serena Williams, in what was most likely the 23-time Grand Slam champion’s final singles match before retirement.

But the Croatia-born Aussie’s battling campaign came to a grinding halt against the dynamic fifth-seeded Jabeur, the Tunisian attacking from the outset and never letting up.

Jabeur said she had been infused with belief since reaching the Wimbledon final, where she was beaten in three sets by Kazakhstans’s Elena Rybakina.

Jabeur is known affectionately as the “Minister of Happiness” by fans in Tunisia for the joy that her progress on court has brought to her homeland.

However Jabeur admitted she had let her frustration get the better of her on Tuesday, when she banged her racquet in frustration several times after coughing up multiple service breaks in the second set.

Jabeur will head into her semi-final against Garcia aiming to extend an unbeaten record against the Frenchwoman after wins at the 2019 US Open and 2020 Australian Open.

Garcia reached the first Grand Slam semi-final of her career after an ultimately emphatic win over American hope Gauff.

Garcia arrived in New York fresh from winning the Cincinnati Masters, and Tuesday’s win was her 13th straight singles victory.

The 28-year-old said she was flourishing after regaining full fitness. She took a two-month break from tennis leading up to the French Open in June to recover from an ankle problem.

Gauff meanwhile took satisfaction from her first US Open quarter-final appearance but admitted her campaign was tinged by disappointment.

Khachanov, seeded 27, fired 30 aces and a total of 63 winners past Wimbledon runner-up Kyrgios in a big-serving contest.

The 26-year-old will face fifth seed Casper Ruud of Norway for a place in Sunday’s final.

Kyrgios was feeling his left knee at each changeover in the first set on Tuesday and summoned the trainer after dropping the opener complaining ‘I can’t walk’.

It was a rapid-fire first set dominated by serve with Khachanov sending down four successive aces to lead 6-5 before pouncing on the only break point to seal the set.

Despite his physical worries, the 27-year-old Kyrgios, who knocked out defending champion Daniil Medvedev in the fourth round, broke for 2-1 on his way to pocketing the second set.

Kyrgios served up a 47-second service game, courtesy of four aces in a row, but wasted two break points in the ninth game of the third set.

He was soon made to pay as the Russian edged ahead two sets to one.

Kyrgios was handed a code violation for unsportsmanlike conduct as he angrily berated himself at the changeover.

That will likely lead to another cash penalty to add to the $18,500 in fines he carried into Tuesday’s tie.

Kyrgios broke for a 3-2 lead in the fourth but handed the advantage straight back with a lazy double fault.

Another opportunity went begging in the ninth game.

However, Kyrgios settled and as the clock ticked past midnight, he played an impressive tiebreak to send the quarter-final into a decider.

Khachanov broke for 1-0 in the final set while Kyrgios failed to convert break points in the second and fourth games.

The Russian went to match point off a net cord and claimed victory off an unreturned serve after three hours and 39 minutes of action.

Kyrgios hit 31 aces in his 75 winners but his unforced error count of 58 was almost double the 31 of Khachanov.

The Norwegian fifth seed defeated Italy’s Matteo Berrettini 6-1, 6-4, 7-6 (7/4) to make his second Slam semi-final of 2022 having finished runner-up to Rafael Nadal at the French Open.

He raced through the first two sets under the roof of Arthur Ashe Stadium before 2019 semi-finalist Berrettini stopped the rot with a break for 2-0 in the third.

At 2-5 down, the 23-year-old Ruud saved two set points before recovering and going on to dominate the tiebreak.

US Open, Day 10: Swiatek in third Major SF of 2022, Alcaraz battles past Sinner in five sets