US Open: Azarenka stuns Serena, to meet Osaka in final 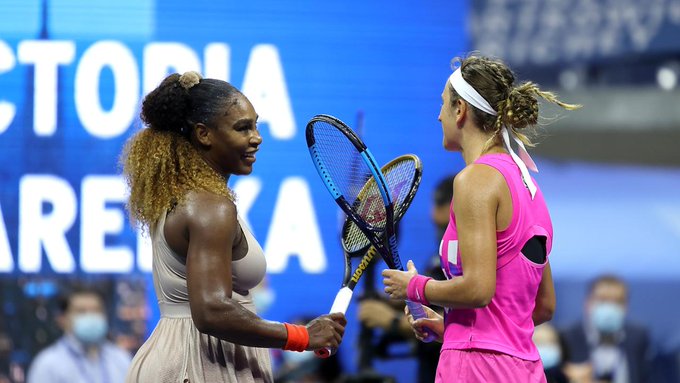 New York: Former World No.1 Victoria Azarenka surged into her first Grand Slam final since 2013, rallying from a set down to surprise rival Serena Williams, 1-6, 6-3, 6-3, to reach her third US Open final and book a clash with 2018 champion Naomi Osaka.

In a pulsating semi-final match at the Arthur Ashe Stadium on Thursday, Azarenka defeated Williams after one hour and 55 minutes to reach her third US Open final.

“Seven is my favourite number, so I guess it’s meant to be,” Azarenka noted, joking about the gap between major final appearances during her on-court interview as per the WTA website.

“I’m very grateful for this opportunity, to be able to play such a champion in a semifinal. The road to the final requires you to beat the best players, and today was definitely that day.”

Two top-five seeds down, one to go. pic.twitter.com/H3S8ip1g4e

“Hopefully this inspires women to go after their dreams. I feel like you can’t always identify yourself as just one thing, because we have many things we can do in our lives.

“A parent is the most important thing I can be in my life, but I’m also a tennis player, a fighter on the court. I want to go after my personal dreams, to inspire my child. I hope women around the world know they can do anything. Being a parent is the toughest thing, so once you can balance that, you can do anything,” she added.

One match to go for @naomiosaka. pic.twitter.com/BSfclDlCH1

The two-time Grand Slam winner matched Brady fired 35 winners to 17 unforced errors to take down the American and book her spot into the third Grand Slam final of her career.

“Sometimes I think I have no choice but to play as hard as I can, because my opponent isn’t giving me any looks,” Osaka said in her post-match press conference. “For me, normally if I focus that much, then the match potentially could be over in two. But I felt like it just kept going on.

“Honestly, it was a bit fun because that quality of an opponent… at the final stages of a tournament. Yeah, it was fun,” she added.

US Open: Dominic Thiem to face Alexander Zverev in final