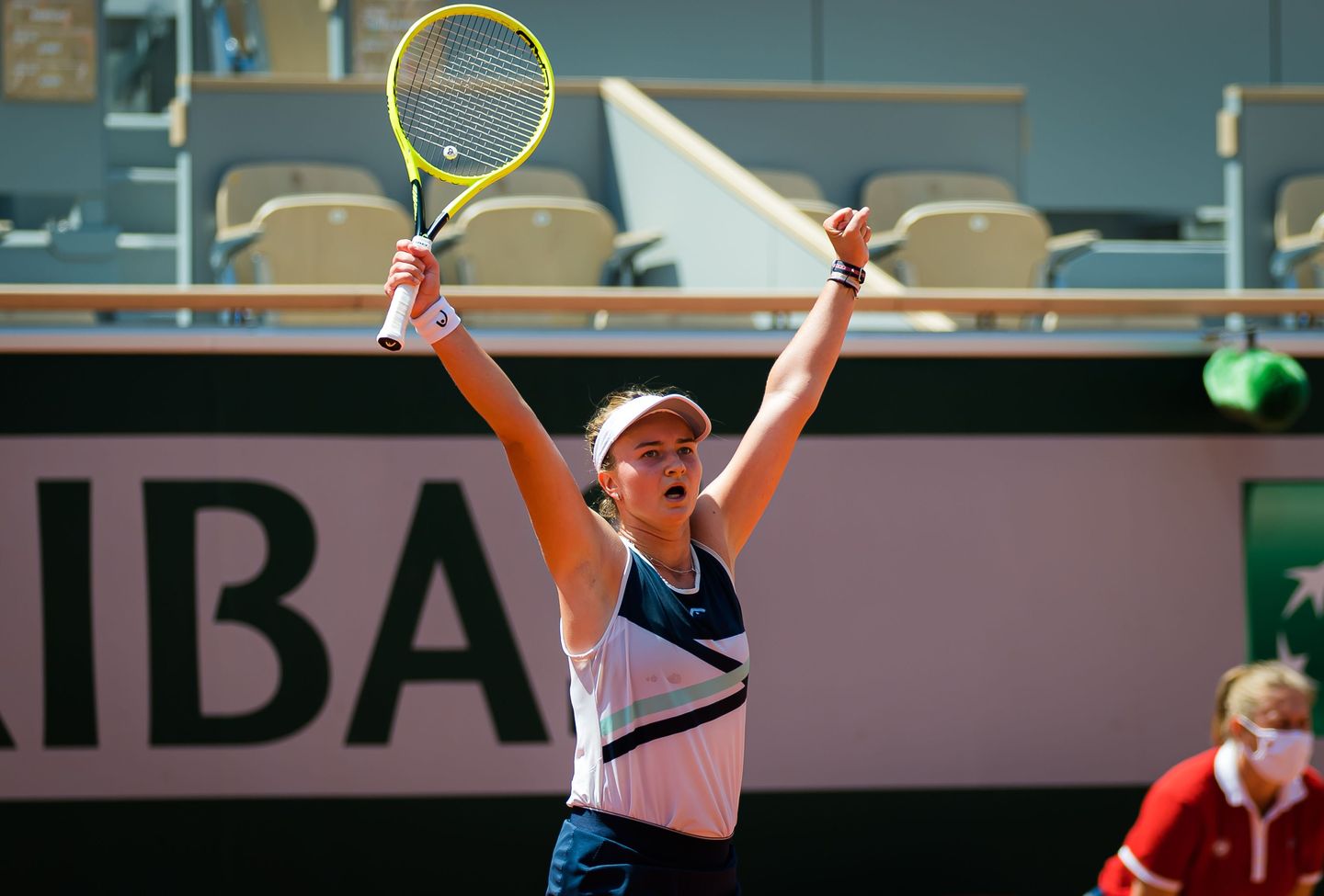 New Delhi: French Open champion Barbora Krejcikova of the Czech Republic held off a spirited comeback from former world No.1 Garbine Muguruza, defeating the Spaniard 6-3, 7-6(4) to advance to her maiden US Open quarterfinal.

The No.8 seed Krejcikova has now won 29 of her last 32 matches and tallied her fourth top-10 win of the season to make her second major quarterfinal of the season. She will face No.2 seed Aryna Sabalenka of Belarus on Tuesday.

Krejcikova and Muguruza split their two prior meetings this season, with the Spaniard prevailing in the Dubai final and the Czech avenging the loss in the Round of 16 in Cincinnati three weeks ago, but this would be their first meeting at a Slam. Though now a major champion and top-10 player, Krejcikova is making her main draw singles debut at the US Open and this would be her first foray under the Arthur Ashe Stadium floodlights.

Krejcikova built a quick 3-0 lead with patiently crafted points that allowed her to control the rallies, but Muguruza held 1-3 and then broke the Czech’s serve with two forehand winners to get back on serve.

Krejcikova then reeled off the last three games of the set to take it 6-3, and then looked ready to race to the finish line in the second set, notching up a 4-0 lead.

But two games from what would have been a short and clinical night for Krejcikova, Muguruza turned the tide. Krejcikova’s backhand began to falter and Muguruza reeled off five consecutive games and earned three set points on Krejcikova’s serve at 4-5.

After the match, Krejcikova sat at her bench and appeared to struggle to catch her breath. She was eventually helped off court by the physio and tournament doctor.

Krejcikova will face Sabalenka in the quarterfinals. The Belarusian is the highest seed remaining in the tournament and moved through to her second straight Slam quarterfinal with a 6-4, 6-1 win over Elise Mertens.

While Krejcikova and Sabalenka are familiar with each other’s doubles games, having met three times, they have played just once in singles.