US Open: Swiatek, Olympic champion Bencic breeze into second round 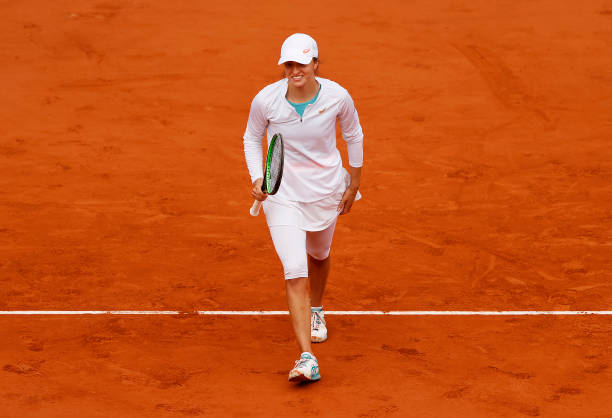 New Delhi: Iga Swiatek, the No.7 seed from Poland, got her US Open campaign off to a flying start with a 6-3, 6-4 win over American qualifier Jamie Loeb, in an hour and 14 minutes in a late Tuesday evening match on the Grandstand court.

Swiatek, the 2020 French Open champion, has now reached the second round in New York for the third straight season, and she is 10-1 overall in first-round matches at Grand Slam events.

Swiatek, though, is still seeking her maiden trip into the Round of 16 at the US Open, with her third-round showing last year — when she lost to eventual runner-up Victoria Azarenka of Belarus — as her career-best result here.

This was only the second Grand Slam main-draw showing in Loeb’s career. She had received a wildcard into the 2015 US Open main draw.

The first meeting between the pair mostly favoured the world No.8 Swiatek who fired 23 winners to just 16 unforced errors, while the American’s 15 winners were well outnumbered by 24 unforced errors.

“It’s the first round so my level isn’t going to be as high as usual, but that’s normal,” Swiatek told wtatennis.com after the match. “I think I’m going to get into the rhythm in the next round. But I’m really happy with how I played this. My opponent played really well. When my shots didn’t have perfect precision, she used that and she played really fast.

“So it was kind of weird because I wasn’t in the rhythm, but I thought that I could let her sometimes make mistakes because I felt that she was risking a lot with her shots. At the end it worked out pretty well.”

The Polish star will face France’s Fiona Ferro in the second round, after Ferro beat Nao Hibino of Japan, 6-1, 6-4. In their only prior clash, Swiatek defeated Ferro in the third round of this year’s Australian Open.

Raducanu dispatched lucky loser Stefanie Voegele of Switzerland, 6-2, 6-3 in an hour and 18 minutes.

Olympic gold medallist and No.11 seed Bencic claimed an opening-round win over Arantxa Rus of the Netherlands, 6-4, 6-4. The 2019 US Open semifinalist Bencic came into the encounter having won her two previous meetings with Rus in straight sets, and this time around was no different as she moved past the world No.71 in 90 minutes.

“I felt very comfortable on the court,” Bencic said after her win. “I felt like my serve was helping me a lot. In the last couple of matches I played a lot of times against left-handed players, so for sure it’s a little bit more tricky for me, especially against her today.”

Bencic will next face Italy’s Martina Trevisan, who notched a victory in the first US Open main-draw match of her career by ousting former US Open semifinalist CoCo Vandeweghe, 6-1, 7-5.

No.10 seed Petra Kvitova of the Czech Republic also made short work of her first-round clash, dismissing Polona Hercog of Slovenia, 6-1, 6-2 in little over an hour.