UTT: Dabang Delhi to face U Mumba in the first semi-final 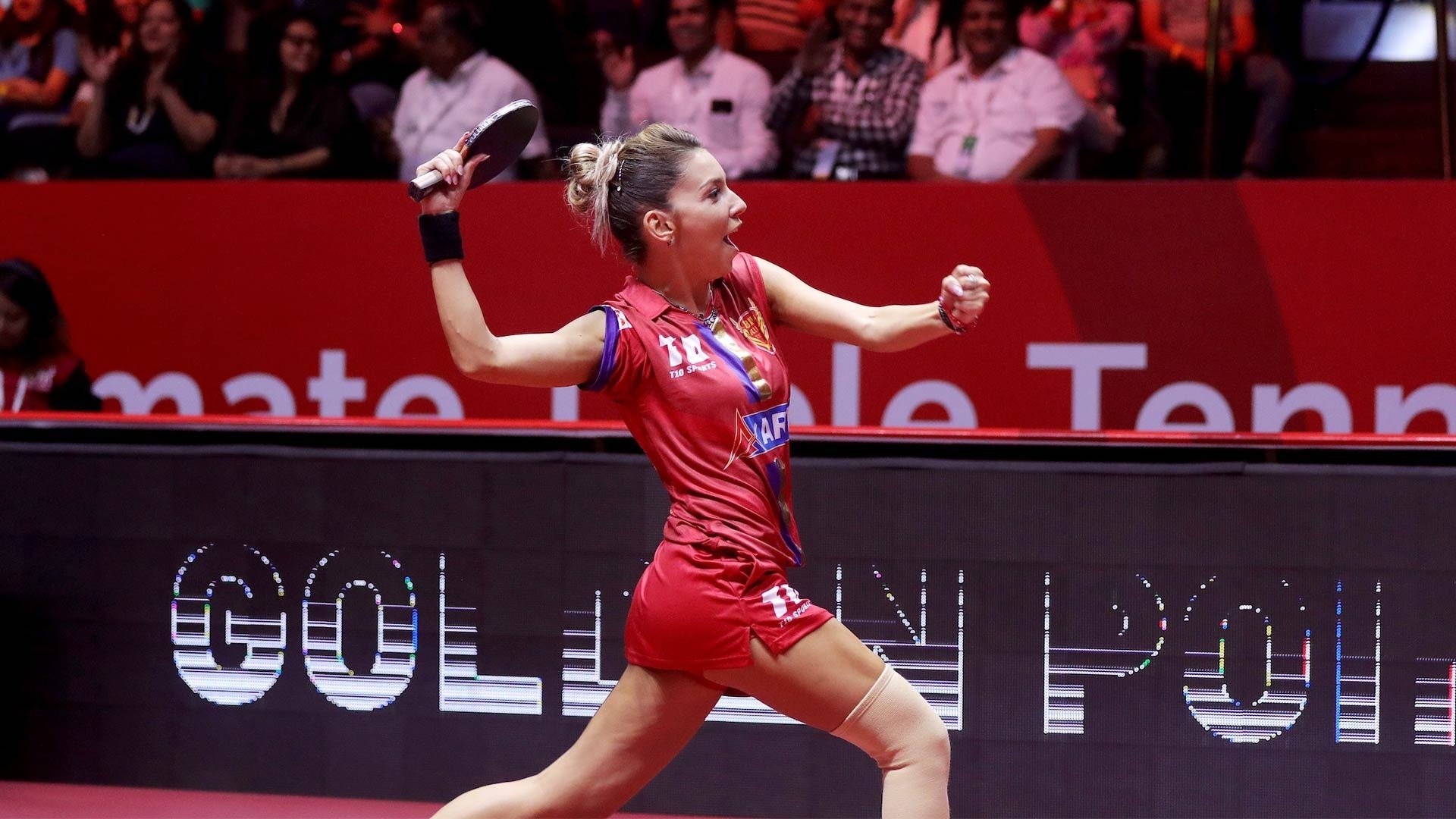 New Delhi: Dabang Delhi held their nerves to score a 8-7 victory over Chennai Lions in the last league tie here on Thursday. They will face table-toppers U Mumba in the first semi-final in the Ultimate Table Tennis on Friday.

In final minutes of the tie, Madhurika faced a massive 0-3 setback from Romania’s Bernadette Szocs and Southern team faced an 8-7 defeat.

However, Delhi’s win was not enough to stop the Lions from catapulting to the second position with 42 points and earning a clash against Goa Challengers in the second semi-final on Saturday.

Dabang finished on par with the Challengers, with 41 points, but won fewer matches than the team from Goa to get U Mumba in their path.

Germany’s Petrissa Solja  gave the Lions the early lead, whipping India’s Krittwika Sinha Roy 3-0. She began strongly, attacking the lines to ease to a 4-1 lead in the first game. She held on to that advantage to win it 11-6.

The second game was a much tighter affair, with Krittwika keeping pace till 9-9. But a backhand error at that stage allowed Petrissa to go for the kill.

The third game too turned out to be one-sided despite an initial fight from Krittwika.

The much-awaited contest between Sharath Kamal and Sathiyan G. provided a rush of spectacular shots but not the close encounter that was expected. Sathiyan broke away at 5-5, taking four straight points to make it 9-5 in the first game. That was enough for him to win it 11-8.

The second game too was even only till 4-4. Sharath slipped into the lead for the first time, making it 6-4. But Sathiyan quickly caught up and wrapped it up at 11-8.

Sharath fell behind in the third game too, looking at a possible wipe-out at 5-8. But he clawed back to 8-8 and then 9-9 before taking the next 2 points to clinch a crucial point for the Lions.

Chennai Lions, however, regained the lead, with Sharath and Petrissa making the most of Dabang’s decision to field young Naina Jaiswal in the Mixed Doubles. Sweden’s Jon Persson stood up bravely for his partner but didn’t really stand a chance against the veteran pair.

Sharath-Petrissa bounced away to a facile 3-0 victory, giving away just 3, 5 and 2 points in the three games.

Persson got his revenge in the next match, though, with Chennai Lions giving another young Indian, Anirban Ghosh, an opportunity.