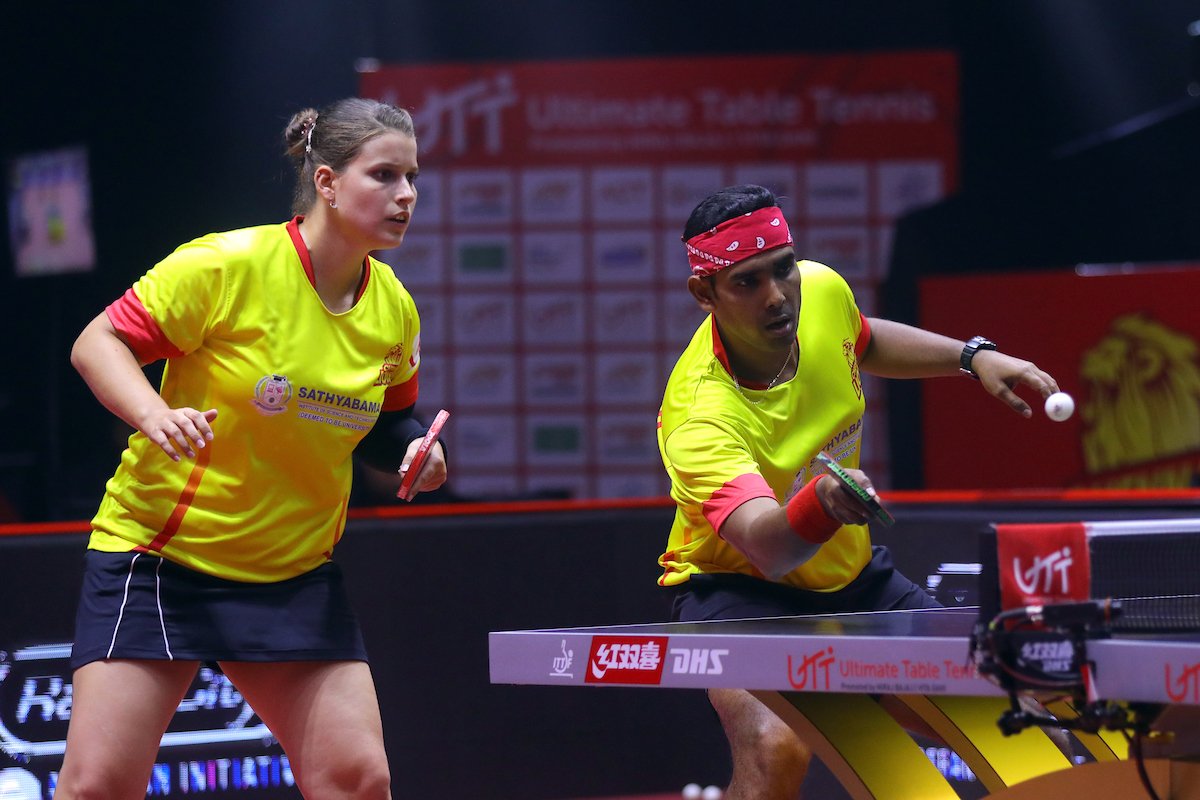 New Delhi: Tuesday’s match brought down curtains on Mavericks Kolkata’s journey in Ultimate Table Tennis along with star Table Tennis player Manika Batra, who faced an embarrassing 3-0 defeat at the hands of Madhurika Patkar of Chennai Lions. Chennai’s commanding 11-4 victory over Kolkata has moved the Lions closer to a semifinal berth, with U Mumba and Dabang Delhi having already booked their places. latest sports news headlines

Lions began on a striking note, with World No. 24 Petrissa Solja overcoming a fighting Matilda Ekholm in the first women’s singles. Petrissa had an easy run in the opening game, sprinting to an 8-3 lead and a 11-7 victory. The second game, however, was a close contest, although Petrissa always managed to stay in the lead. She failed to convert two match points and had to rely on the golden point to demoralise Matilda. latest sports news headlines

Portugal’s Tiago Apolonia then added two more points to the Lions’ kitty, beating a gritty Sanil Shetty 2-1 (11-9, 11-6, 3-11 ). The first set was fought on equal terms, with Sanil relying on his attacking instinct to keep Kolkata in the contest. Tiago, however, was up to it and used his height to his advantage to make it 11-9. The second set too was fairly comfortable, after the usual jousting at the start. Tiago, however, maintained his calm and wrapped it up 11-6. He eased up after collecting two points for his team and ended up giving it away 3-11.

The mixed doubles too proved an uneven contest, with Sharath Kamal and Petrissa proving to be too strong for Benedikt and Manika. Sharath-Petrissa comfortably won 10-11, 11-4, 11-7.

India’s star player Sharath, however, couldn’t complete the kill in the reverse men’s singles, losing to Benedikt 1-2 (7-11, 11-5, 7-11). In a battle between Indians, the final women’s singles, Madhurika downed Manika 3-0 to end RP-SG’s campaign on a pathetic note.