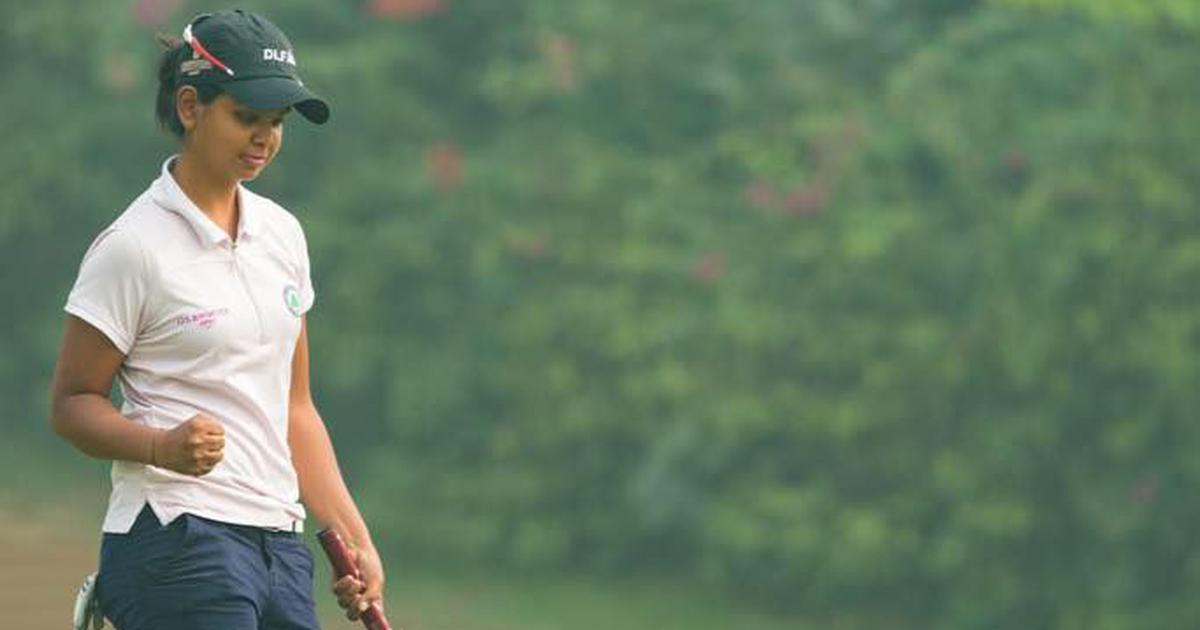 Greater NOIDA: Vani Kapoor overcame a triple bogey on fifth even as Pranavi Urs once again displayed finishing jitters in the fifth leg of the Hero Women’s Pro Golf Tour. Vani Kapoor, who last won a title on the Indian Tour in the first leg of 2018, thus ended a two-year long title drought.

Vani, starting the final day in shared lead with Amandeep Drall (79) with a lead of two shots, carded a third round of three-over 75 to finish at one-over 217.

Pranavi Urs (73), who was four behind the co-leaders, turned in even par and caught up with Vani, who was four-over for the front nine.

On the back nine, Vani birdied 11th, while Pranavi started stumbling with a bogey on 12th. A birdie from Pranavi, who was playing in the second to last group, was followed by a bogey from Vani, which meant Pranavi and Vani were once again level.

Then came the crucial errors from Pranavi who had back-to-back bogeys on 15thand 16th. Pranavi did manage a birdie on Par-4 17th, but so did Vani a little later and stayed two shots clear for a long-awaited win.

Overall, Vani had two birdies, two bogeys and a triple bogey, while Pranavi had three birdies and four bogeys.

Though this is Vani’s first in over two years, she played only four more events after the early win in 2018 and played only three events in 2019, as she was busy with international tours.

As for Pranavi, even though she must be disappointed with a second runner-up finish this year, she has been having a good season with two wins and two runner-up finishes in five events held so far. She played the first two events as an amateur, winning once and finishing second once.

Amandeep Drall started with a birdie to take sole lead but she started crumbling from the fourth hole onwards. She bogeyed fourth and fifth, and then seventh and eighth. On the ninth she had a double bogey for a front nine of five-over 41. She never recovered.

A birdie on 11thwas the last bright spot for her, as she bogeyed 13thand then had further bogeys on 17thand 18thas she had seven bogeys and a double against just two birdies.

Gaurika Bishnoi carded 78. She had patches of good and bad play. She dropped bogeys on third and fourth and a double on fifth. She birdied three times in a row from 10thand then bogeyed 13thand closed with three bogeys on 15th, 16thand 17thand was fourth.

Saaniya Sharma (72) had the day’s best round of even par. She was fifth, while Neha Tripathi (75) was sixth. Amateur Hunar Mittal (76), Gursimar Badwal (76) and Ridhima Dilawari (80) shared the seventh place.