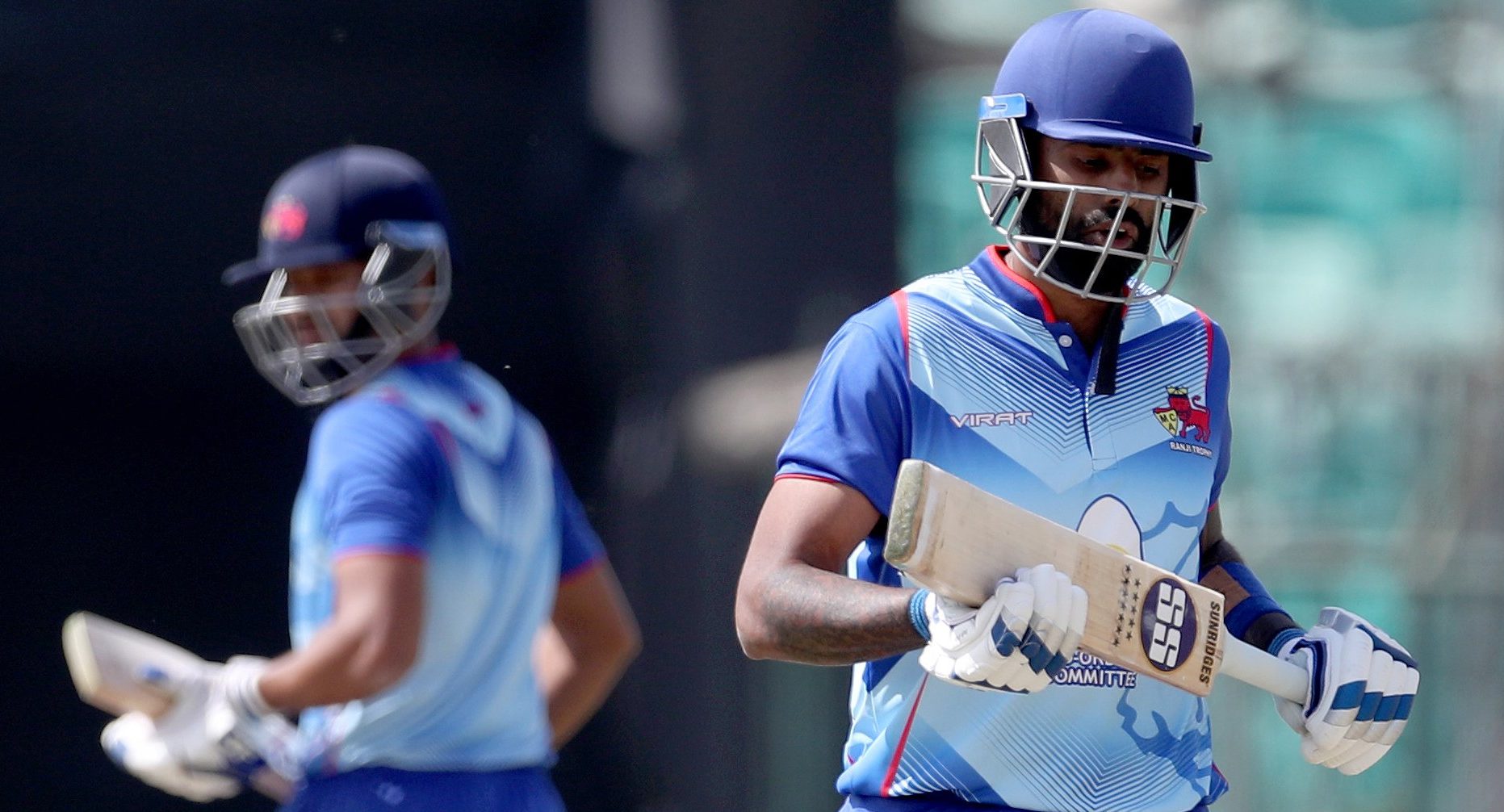 New Delhi: Mumbai thumped Himachal Pradesh by 200 runs in their final Elite Group D game here on Monday to remain unbeaten in the league stage of the Vijay Hazare Trophy.

Mumbai had won their first four matches against Delhi, Maharashtra, Puducherry and Rajasthan.

Himachal were then bundled out for only 121, with leg-spinner Prashant Solanki (4/31) shining with the ball.

In another match, Uttarakhand thrashed Sikkim by 145 runs on Monday to remain unbeaten in the Plate group of the Vijay Hazare Trophy national 50-overs tournament here, and clinch a spot in the knockout phase, pipping Assam by virtue of a better net run-rate.

Assam completed its engagements with a crushing 182-run win over Mizoram.

Both Uttarakhand and Assam finished with an all-win record but the former qualified for the next stage due to a higher NRR (3.273) as against the latter’s 1.909.

Meghalaya edged Nagaland to the third spot by virtue of a superior NRR despite securing 16 points. They were followed by Sikkim (4 points), Arunachal Pradesh (2), Mizoram (2) and Manipur (0).