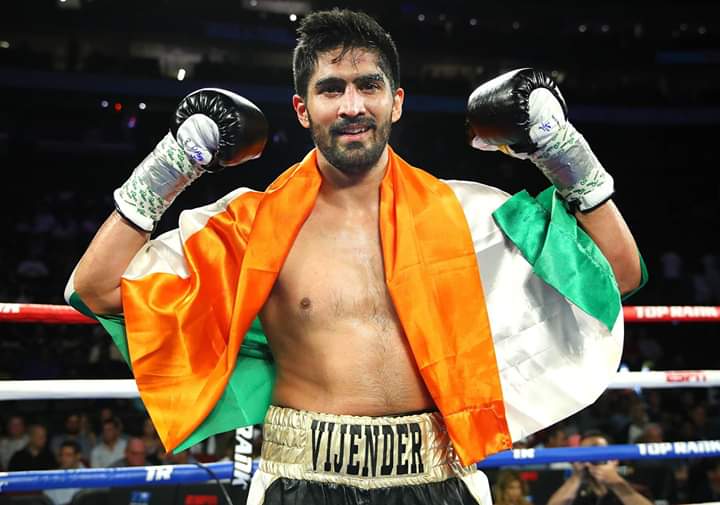 New Delhi: Indian professional boxer Vijender Singh will face Russian Artysh Lopsan in his first bout in over a year on March 19.

The super-middleweight bout will take place on the rooftop of a casino ship docked in the Mandovi river in Goa.

The 35-year-old 2008 Olympic bronze medallist has fought 12 bouts in his professional career and holds a 12-0 record.

The bout against Lopsan will be Vijender’s fifth in India, following successes in New Delhi, Mumbai and Jaipur.