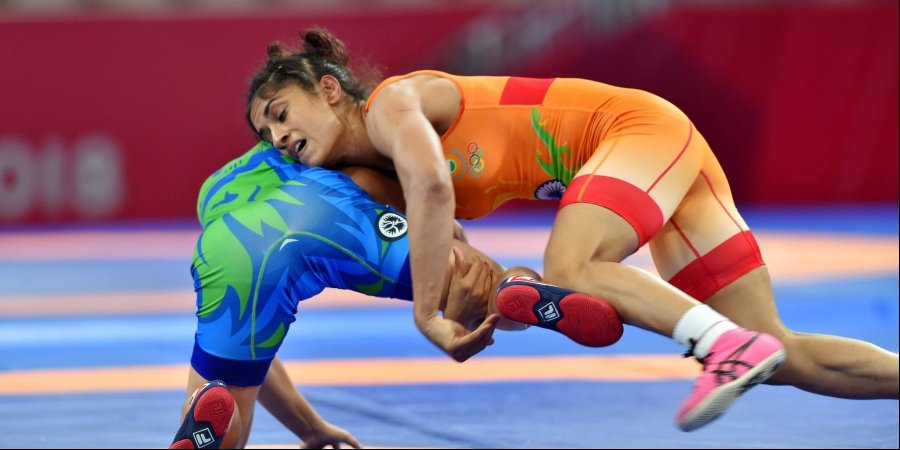 She returns to the elite competition a year after having to pull out due to elbow injury. The 25-year-old switched to 53kg from 50kg and has won three gold medals at the Yasar Dagu, Poland Open and Spain Open.

She then claimed a bronze at the Asian Championships along with a couple of silver medals at the Dan Kolov and Medved International tournaments.sports news in english

In the qualifying rounds, the seventh seed faces Rio Olympic bronze medallist Sofia Mattson and a win over her will fetch her a chance to compete against the two-time world champion Mayu Mukaida of Japan.

If Vinesh can manage to overcome that hurdle, last year’s World Championships runner-up and top seed Sarah Hildebrandt will await in the quarter-finals. While Vinesh has got the better of both Mattson and Hildebrandt this season, Mukaida stopped her at the continental event in April.

In 50kg, all Indian hopes will rest on the shoulders of the second seed Seema Bisla, who won gold at the Yasar Dogu 2019 Ranking Series tournament in July.

The higher seeding doesn’t exempt her from facing a quality opponent as early as the opening round and she could possibly begin her campaign against three-time Olympic medallist Mariya Stadnik of Azerbaijan.

A win will put her in the way of either European Games bronze medallist Miglena Selishka or Yasar Dagu silver medallist Ekaterina Poleshchuk.

Lalita Sehrawat, the former Commonwealth Games silver medallist and Asian Championships bronze medallist, will be representing India in 55kg. As the 12th seed, she kicks off her challenge against Mongolia’s Bat Ochir, the 13th seed. A win will set up a possible quarter-final showdown with America’s third seed Jacarra Winchester.

In 72kg, sixth-seeded Komal Bhagwan Gole will be in contention for a berth in the quarter-finals when she faces off against Turkey’s accomplished Beste Altug. Should she manage a win there, she has a tough proposition in the next round as she will have to square off against the top seed Zhamila Bakbergenova of Kazakhstan.

Gurpreet Singh goes down fighting against World No. 2 Nemes in wrestling World Championships