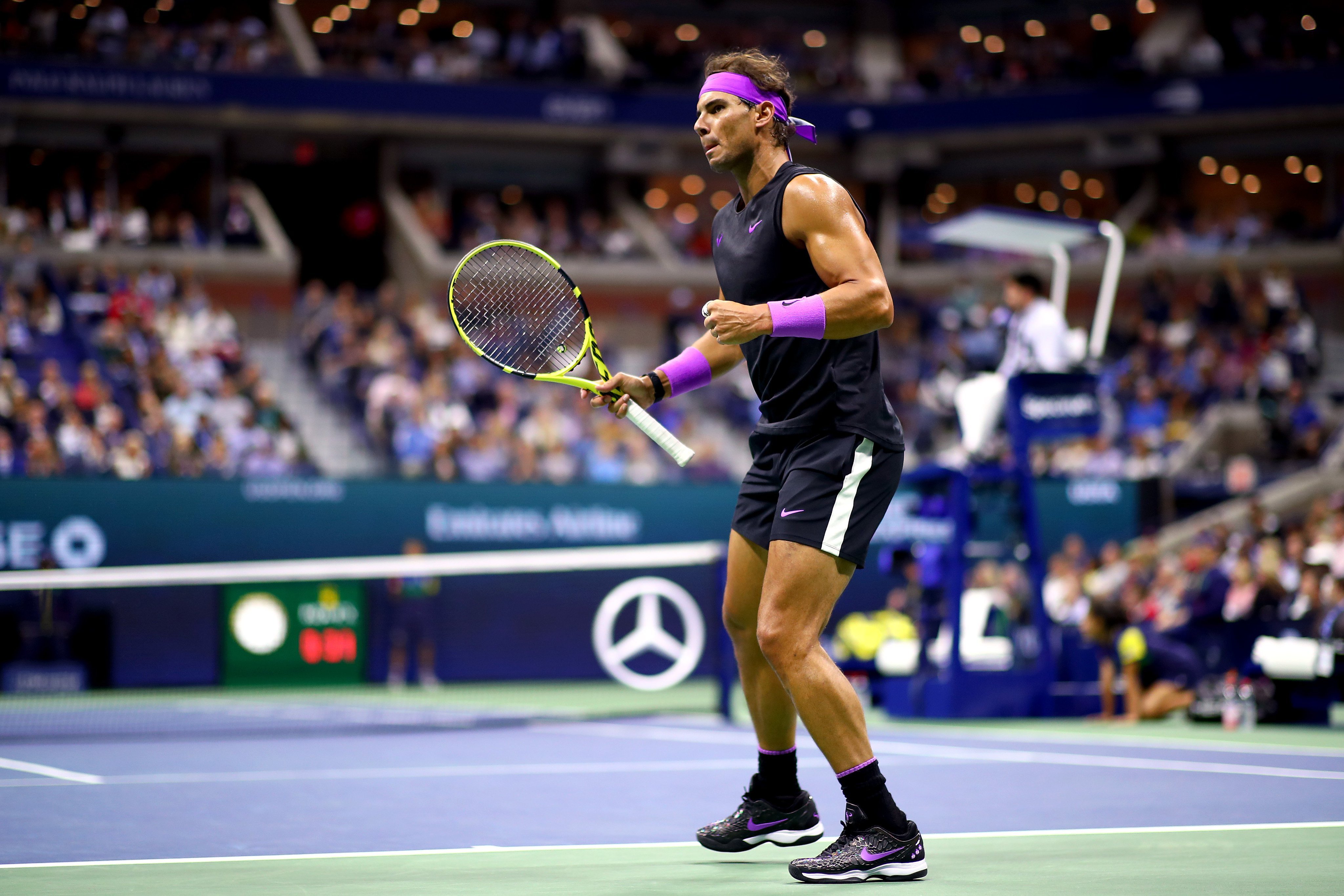 Rafael Nadal celebrates his win. Text: US Open and Agencies.

New York:Three-time champion Rafael Nadal advanced to his fifth US Open final with a convincing 7-6(6), 6-4, 6-1 win over 24th seed Italian challenger Matteo Berrettini at the Flushing Meadows.sports news in english

Nadal had never played the rising newcomer, 23; the Spaniard confessed that he didn’t know how old the 24th seed was, and that he had had only the briefest of interactions with him in the locker room.

The men's singles final is set.

Who are you picking to take lift the 🏆?#USOpen pic.twitter.com/Ia35ioEBcW

Berrettini, of course, knew plenty about Nadal. He admitted before their semifinal that he’d watched “like a hundred of his matches.”sports news in english

“I admire him, the way he’s on the court,” Berrettini said. “His attitude is… close to the perfection.”

The 23-year-old Russian Daniil Medvedev is through to his fourth consecutive final of the summer, and his first-ever title match at a Grand Slam.

“I have to say I love the USA!” said Medvedev, who came into the tournament on the heels of finals in Washington, Montreal and Cincinnati, where he claimed his first Masters 1000 title.

50 years on since the greatest single year by a tennis player…@rodlaver celebrated at the #USOpen: https://t.co/lfa5OidLaK pic.twitter.com/ecYxx2eJoC