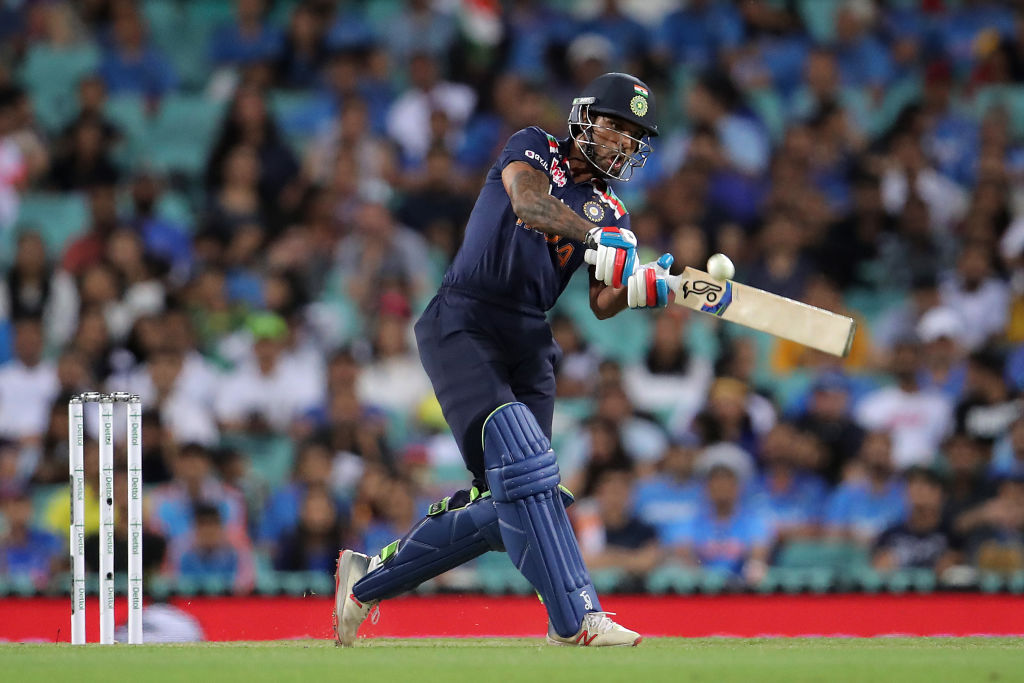 Sydney: India defeated Australia by six wickets in to win the second T20I and lift the three-match series 2-0 the Sydney Cricket Ground (SCG) on Sunday.

Stand-in skipper Matthew Wade on Sunday scored a blistering half century while Steve Smith contributed with valuable 46 off 38 as Australia posted an imposing 195-run target. India surpasses the target with two balls to spare.

Put into bat, Australia got off to a prolific start as Wade and D’Arcy Short added 47 runs within the first five over. Wade, in particular, was very aggressive as he collected boundaries at will and put the Indian bowlers, including Deepak Chahar, Washington Sundar and Shardul Thakur, under a lot of pressure.

Short, after contributing with 9, became the scalp of T Natarajan who had the Australian caught by Shreyas Iyer at the deep mid-wicket boundary.

Wade, however, continued at the other end and reached his half century mark in the seventh over in just 25 balls.

However, his innings came to a strange end as he was run-out by skipper Virat Kohli. Kohli, who dropped his catch, got his Australian counterpart run-out at his individual score of 58 with the help of 10 fours and a six during his 32-ball innings.

Glenn Maxwell and Smith then hit some powerful blows and added 45 runs to the Australian scoreboard before Maxwell got out after scoring 22 off 13.

Smith then joined forces with Moises Henriques and the duo stitched 48 runs off 31 balls to take the team’s score past 150.

Leg-spinner Yuzvendra Chahal, who was the man of the match in the first T20I, took the priced scalp of Smith who was caught at long-off boundary while attempting to hit his third six in the 18th over of the innings. However, Chahal finished with expensive figures of 1/51 from his 4 overs.

Henriques became Natarajan’s second scalp as he was caught behind by KL Rahul after scoring 26 off 18.

Marcus Stoinis towards the end played a nice cameo of 16 off 7 as the hosts finished their innings at 194/5. Alongside Stoinis, debutant Daniel Sams remained unbeaten at 8 from just three.

Natarajan was pick of the Indian bowlers as the left-armer returned with magnificent figures of 2/20 in his four overs.