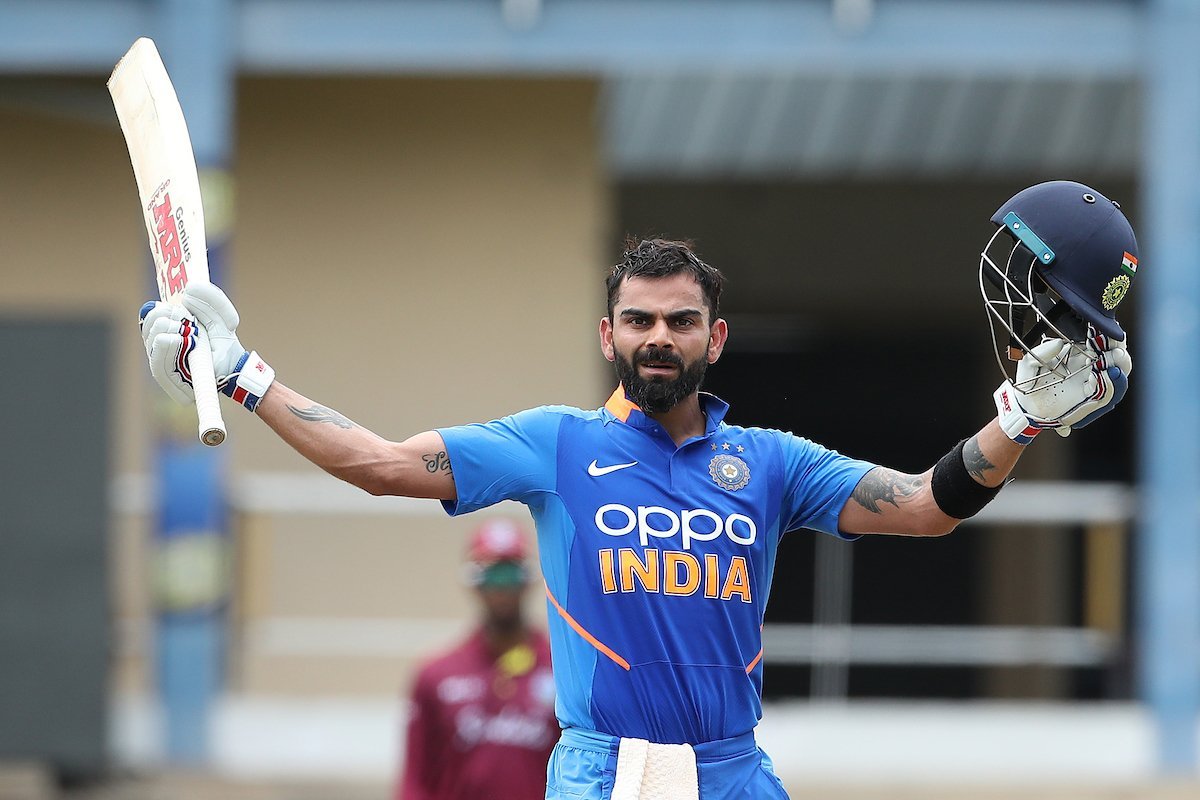 His century helped his side set a target of 280. Kohli went wast former Pakistan batsman Javed Miandad as the most successful batsman in ODIs against West Indies.

However, the target was revised to 270 in 46 overs after rain interrupted play in the second half. West Indies fell short by 59 runs.

Kohli was playing aggressively and went on to score 120 off 125 balls,  including 14 boundaries and one six. On the other end Shreyas Iyer (71) managed the third half-century of his career and shared a 125-run partnership with Kohli for the fourth wicket.

The Indian run-machine ended his five-month drought for an ODI hundred with a classy ton during which he also went past Sourav Ganguly on the list of most runs scored in ODIs.

Superb performance by #TeamIndia as they take a 1-0 lead in the 3-match ODI series 🇮🇳🇮🇳 #WIvIND pic.twitter.com/ujClgsltS7

From the Caribbean side, Evin Lewis was the only batsman, who fought from the front and made 65 off 80 balls.

Chasing 280, West Indies needed their star performer Chris Gayle to blast in his record breaking 300th ODI appearance. However, it didn’t happen as Gayle scored just 11 runs before he was trapped in front by Kumar.

During the course of his 24-ball inning, the 39-year-old however went past Brian Lara’s record for the most runs by West Indies batsman in ODIs. After his wicket, Shai Hope also perished cheaply before rain caused a brief interruption.

Following the resumption, the hosts were set a Duckworth Lewis and Stern (DLS) target of 270 in 46 overs.

West Indies did appear to be course of chasing the target for brief periods when Lewis, in the company of Shimron Hetmyer and then with Pooran, hit the ball cleanly and took the Indian bowlers to the cleaners.

However, Kumar dented Windies’ chase by picking up wickets at regular intervals and made sure the Men in Blue didn’t lose the ODI series following their 3-0 triumph in the T20Is.

Kohli was adjudged the Player of the Match for his brilliant 120-run knock which consisted of 14 fours and a six.

The two teams will now lock horns with each other in the third and final ODI at the same venue on Wednesday before beginning their World Test Championship campaign from August 22 in Antigua.

“Extremely disappointing. We bowled really well and the game was in our hands. We lost crucial wickets at the back end to lose the game. We need to take responsibility”, Jason Holder, WI skipper said after the match.

“Shikhar and Rohit didn’t get a big one. One of the top three has always got the big one. A senior man had to step up and today was my opportunity to step up”, Virat stated after the match.