Virat told me to stay strong and fulfill my father's dream, says Siraj 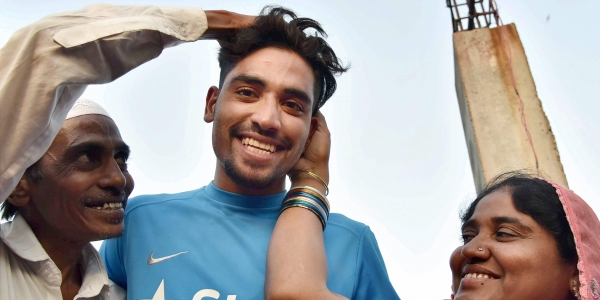 Sydney: Despite losing his “biggest supporter”, fast bowler Mohammed Siraj is now focussed to fulfill his late father’s wish to represent Team India and perform well in the upcoming series against Australia.

Siraj’s father passed away on Friday and the Indian pacer decided to stay with the Indian Test team in Australia, even though the Indian cricket board offered him fly back home.

“It is a very big loss for me because he was my biggest supporter. My father’s wish was to see me play for India and make the nation proud. Now, all I want to do is fulfill my father’s dream,” Siraj told bcci.tv on Monday.

“Even though my father is no more in this world, he is still with me in my heart. I talked to my mother who reminded me of my father’s dream and encouraged me to perform well for Team India,” he said.

Siraj also said that the entire Indian team has supported him like a family in these difficult times.

“My team members have supported me like a family in this situation. Virat [Kohli] bhai encouraged me and told me to stay strong and fulfill my father’s dream,” the 26-year-old said.

Siraj was last seen in action during the 13th edition of the Indian Premier League (IPL) in the United Arab Emirates.

He was part of the Kohli-led Royal Challengers Bangalore (RCB) and drew rich praise for his performance in a league match against Kolkata Knight Riders (KKR) when he picked three wickets while conceding eight runs.

Although Siraj has played in one ODI and three T20Is so far, this is for the first time he has been picked in the Test side.

Don’t fix it unless its broke, Warner backs Burns as opening partner