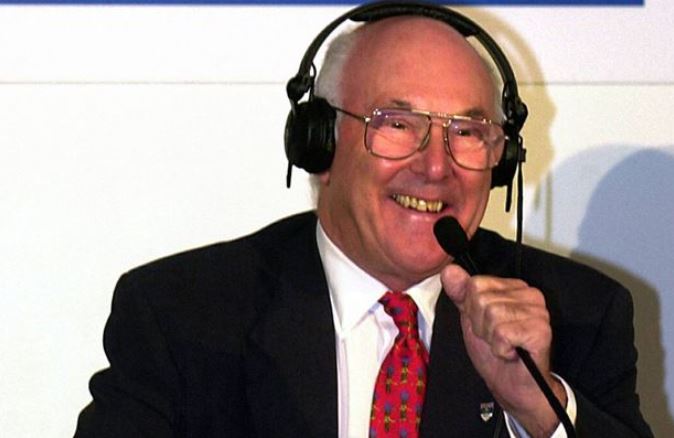 London: Murray Walker, often called the “Voice of Formula 1” due to his long stint as commentator for the sport, passed away at the age of 97.

The British Racing Drivers’ Club (BRDC), which owns and operates the Silverstone circuit, announced the news on Saturday. “It’s with great sadness we share the news of the passing of BRDC Associate Member Murray Walker OBE. A friend, a true motorsport legend, the nations favourite commentator and a contagious smile,” said the BRDC.

“We thank Murray for all he has done for our community. RIP our friend,” it further said.

Formula 1 world champion Lewis Hamilton was among many who paid tribute to Walker.

“So sad to hear of Murray’s passing. I remember growing up hearing your voice over the races. You made the sport so much more exciting and captivating. The iconic voice of our sport and a great man, thank you for all you did, you will never be forgotten. Rest in peace,” Hamilton tweeted.

Walker commentated on a Grand Prix for the first time for the BBC in 1949. He has been on the mike for some of the most famous moments in Formula 1 including the famous rivalry between McLaren’s Ayrton Senna and Allain Prost and the early stages of Michael Schumacher’s dominance.