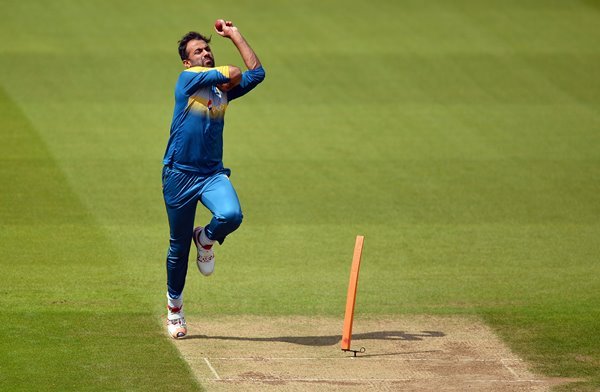 Karachi: Experienced left-arm pacer Wahab Riaz has conveyed to the head coach Misbah ul haq that he is ready to make a return to Test cricket if his services are required during the England tour.

While Muhammad Aamir had announced his retirement from Test cricket last year to focus on white ball formats, Wahab had taken a break from red ball cricket.

Pakistan will play three Tests and as many T20 internationals in England.

Aamir has pulled out of the tour as his wife is expected to give birth to their second child around August but Wahab was named on Friday in the 29-member squad announced for the full tour, starting next month.

“Yes I spoke to Wahab about this and he said if needed, he will be available to play the Test matches in England,” Misbah said.

Riaz, who has played 27 Tests, last played in a five-day game in October, 2018 against Australia in UAE.

Misbah said the reason for including 10 pace bowlers and four spinners in the extended squad was that bowlers would require the most time to adjust to the new playing conditions because of the Covid-19 protocols.

“Hopefully the five weeks training camp and practice games we have in England before the first test will allow all the bowlers to settle down and also get used to new SOPs like not using saliva to shine the ball, avoiding celebrations after taking a wicket etc.

“It is not easy for a pace bowler in particular to get back into rhythm after three months of not playing cricket or nets at all,” Misbah said.

The Pakistan Cricket Board didn’t include Wahab and Aamir in the new central contracts list announced recently.

It’s our resolve to break down racial barriers in cricket, says ECB

Pakistan will cope with ‘unusual circumstances’ due to COVID-19 in England: Misbah